This Halloween, The Boulder Theater hosted a Halloween bash with Whethan headlining the evening. As a result, hundreds of costume-clad party-goers came along to celebrate. Halloween decorations lined the venue. Before Whethan took the stage, the crowd warmed up to performances by Branson and Disco Lines. Hands were in the air throughout the night. For those who don’t know him, let’s talk about the Headlining performer of the evening.

Whethan is a music producer and DJ from Chicago. He gained notoriety back in 2015 with his remix of “XE3” by Mssingno. In 2018, Whethan produced a track with Dua Lipa titled “High.” This song was featured in the popular film Fifty Shades Freed. More recently, Whethan released two tracks. One titled “Warning Signs“ featuring Kevin George and another titled “Think You Right” featuring Ericdoa and Glaive. In 2020 he was set to perform at Ultra Music festival in Miami but that was cancelled due to the covid-19 pandemic. Making up for this however was the fact that he was able to play at EDC just last week. Whethan certainly has been making strides in his career.

In conclusion, Boulder Theater knows hows to throw a Halloween party. Their choice of decor for the evening ensured a comfortable experience for those looking for a place to party in costume. Not to mention the important choice of entertainment for the evening. Not only did Whethan come out dressed as a Sith Lord from star wars. (Lightsaber and all.) He also opened his set with a remix of “The Imperial Death March“. The famous theme song of Star Wars Villain, Darth Vader. In the event that you are looking for a welcoming environment for your next holiday party, you may want to keep Boulder Theater in mind. 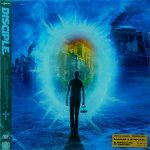