If you’re familiar with techno, you may have heard the term acid techno bandied about as an early stage of techno or as one of its subgenres, but you might not know what it actually refers to. The name comes from acid house, which was an electronic dance music genre in the late 1980s and early 1990s. A genre that was known for its rapid tempo and its use of short, repeated phrases. This genre follows this pattern in its own right, but it also sometimes incorporates other types of electronic dance music, such as house or trance.

Acid Techno originated in Chicago in 1990, first on vinyl and then later, as house music gained popularity, on compact discs. Like most forms of electronic dance music (EDM), Acid Techno blends synthesized beats with recorded sounds. The songs tend to be short and fast-paced to keep people dancing. So what makes it an acid sound? Blame Roland, that’s all! In 1986, Roland released a keyboard called The TB-303 Bass Line and dance club owners loved it. Originally intended for bass guitarists to play backing tracks while they sang or rapped, those who bought one quickly discovered that by using its controls – a knob for bass frequency and another for accent frequency – they could create acid bass lines without even playing their instrument!

The Basic Elements of Acid Techno

Acid techno was a variant of house music that emerged from Chicago, Illinois in 1988. The genre was strongly influenced by several forms of electronic dance music (EDM) that were popular in Europe at that time. These included styles such as acid house, disco, breakbeat and Detroit techno. This genre incorporates melodies produced through house-music equipment (such as analog synthesizers and drum machines) with elements of Chicago’s highly distinctive sound, which included samples and synth lines reminiscent of distorted guitar riffs. Unlike most other early forms of techno, acid techno featured a much less rigid structure than most other EDM genres did at that time. Songs typically started off slowly and built up to more energetic portions before returning to their original pace. This gave songs an open-ended feeling that later became characteristic of jungle and trip hop.

Early Techno was influenced by many early electronic styles including House, Hip-Hop, and Acid. Artists like Kraftwerk, Afrika Bambaata, Man Parrish all have their own personal touch in it, but when artists began experimenting with breakbeats and the Roland TB-303 bass synthesizer they created a new genre of music. Artists such as Phuture and Prescription created an entirely different sound for dance floors which set them apart from other genres at that time. Some more modern and popular techno and house artists that take this genre as influence are: Zhu, Tchami, Malaa, Tiesto and Lane 8.

Photos by Party Guru and Malaa 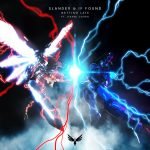 The Top 5 Music Festivals To Attend In Denmark 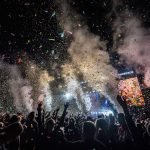