In the early 00’s, Trance DJ Darude became a rising artist in the electronic music scene at the age of 24 after his release of single “Sandstorm”. Darude has gone on to being on the forefront of the trance community.  Darude has graced the stages at major festivals such as Groove Cruise, Future Music Festival, and Tomorrowland.

In addition to popular track “Sandstorm”, Darude has released tracks “Next To You”, “Music”, “Feel The Beat”, and in 2019, he released “Look away” featuring Sebastian Rejman. This Finland DJ has truly become one of the top Trance DJs in the trance community.

On April 16th, Denver Trance Fam and Dark Space Productions collided to bring Darude to the immersive entertainment venue Reelworks, located near Downtown Denver. Alongside him as support was Kristina Sky and Donn13. Keep on reading below to get the recap from this incredible evening!

Denver local DJ, Donn13 graced the stage first. Just back in February, Donn13 played ReEnTRANCE Thursdays at Club Vinyl and back a few months ago, In August of 2021, Donn13 played at Tracks Denver. As attendees were starting to get in, Donn13 played deep house, progressive, techno and trance. Donn13 certainly set the tone: an extraordinary evening filled with phenomenal music. Click here to listen to more from this Denver up and coming artist here.

Following right after Donn13 was Kristina Sky, who is on the same record label as Darude: Sleeping Giant Music. By this point, Reelworks was getting packed with attendees thrilled for a night full of trance. In a predominantly male industry, Kristina Sky has proved herself of great talent. Her special sound of melodic trance blend with progressive house was heard all through Reelworks with lasers, outstanding drinks and even sitting options, including a couch in the back. Everyone in the venue was seen dancing, talking to one another and enjoying the evening. Check out Kristina Sky‘s and Danny Stubb‘s track released one year ago “High Tide“ featuring Evan Henzi here.

As it was getting closer to Darude getting on stage, individuals were seen preparing by capturing the perfect view in the venue, and inching up closer. As well, the floor of Reelworks got even more packed with excited attendees. Once Darude graced the stage, every single person was seen in pure bliss dancing and some individuals had flow-toys. For myself, I have never seen Darude before, but, he certainly did not disappoint. All in all, Darude brought the perfect vibe that could be felt throughout the whole venue. Click here to keep up with Darude and listen to his drum and bass remix of track “Twelve“ by Gabriel & Dresden and his Holiday Mixes.

There is no doubt, Reelworks was the perfect place to listen to a night filled with trance. Overall, the evening was remarkable and euphoric. Party Guru can’t wait to see Donn13, Kristina Sky, and Darude come back as every artist brought perfect energy and vibes, that created memories for a lifetime. As well, we can’t wait to see what Reelworks, Denver Trance Fam and Dark Space Productions has in store for Denver!

Keep up to date with Darude on his socials below, including his next shows. Trust us, you will want to see this Trance legend for an unforgettable evening with memories that will last forever. 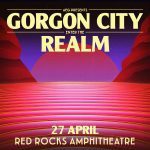 Snow Tha Product Revs Up The Energy At Mission Ballroom 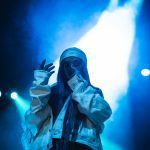