In the early 00’s, Trance DJ Darude became a rising artist in the electronic music scene at the age of 24 after his release of single “Sandstorm”. Darude has gone on to being on the forefront of the trance community.  Darude has graced the stages at major festivals such as Groove Cruise, Future Music Festival, and Tomorrowland.

In addition to popular track “Sandstorm”, Darude has released tracks “Next To You”, “Music”, “Feel The Beat”, and in 2019, he released “Look away” featuring Sebastian Rejman. This Finland DJ has truly become one of the top Trance DJs in the trance community.

On April 16th, Denver Trance Fam and Dark Space Productions collided to bring Darude to the immersive entertainment venue Reelworks, located near Downtown Denver. Alongside him as support was Kristina Sky and Donn13. Keep on reading below to get the recap from this incredible evening!

Denver local DJ, Donn13 graced the stage first. Just back in February, Donn13 played ReEnTRANCE Thursdays at Club Vinyl and back a few months ago, In August of 2021, Donn13 played at Tracks Denver. As attendees were starting to get in, Donn13 played deep house, progressive, techno and trance. Donn13 certainly set the tone: an extraordinary evening filled with phenomenal music. Click here to listen to more from this Denver up and coming artist here.

Following right after Donn13 was Kristina Sky, who is on the same record label as Darude: Sleeping Giant Music. By this point, Reelworks was getting packed with attendees thrilled for a night full of trance. In a predominantly male industry, Kristina Sky has proved herself of great talent. Her special sound of melodic trance blend with progressive house was heard all through Reelworks with lasers, outstanding drinks and even sitting options, including a couch in the back. Everyone in the venue was seen dancing, talking to one another and enjoying the evening. Check out Kristina Sky‘s and Danny Stubb‘s track released one year ago “High Tide“ featuring Evan Henzi here.

As it was getting closer to Darude getting on stage, individuals were seen preparing by capturing the perfect view in the venue, and inching up closer. As well, the floor of Reelworks got even more packed with excited attendees. Once Darude graced the stage, every single person was seen in pure bliss dancing and some individuals had flow-toys. For myself, I have never seen Darude before, but, he certainly did not disappoint. All in all, Darude brought the perfect vibe that could be felt throughout the whole venue. Click here to keep up with Darude and listen to his drum and bass remix of track “Twelve“ by Gabriel & Dresden and his Holiday Mixes.

There is no doubt, Reelworks was the perfect place to listen to a night filled with trance. Overall, the evening was remarkable and euphoric. Party Guru can’t wait to see Donn13, Kristina Sky, and Darude come back as every artist brought perfect energy and vibes, that created memories for a lifetime. As well, we can’t wait to see what Reelworks, Denver Trance Fam and Dark Space Productions has in store for Denver!

Keep up to date with Darude on his socials below, including his next shows. Trust us, you will want to see this Trance legend for an unforgettable evening with memories that will last forever.

One of EDM’s original trance artists, Darude is making his grand return to Denver. On April 16th, Darude and Kristina Sky will return to Denver this spring to entertain the masses.

Darude remains one of EDM’s most influential artists. He was named one of EDM’s most influential artists when he was only 24 years old. The Finnish artist has transformed artists for over two decades and will make a big impact upon his return to the mile-high city. Over the years, he has appeared on many influential TV shows including BBC, NBC, and MTV. He is also a 3x Grammy-winning artist. Performing at worldwide festivals, he has most recently made his return to the festival circuit with a performance at SoCal’s Dreamstate festival in 2021. Darude has withstood the testament of EDM and proved that this genre of music is here to stay.

For support, Darude will bring Kristina Sky for support. Another important player in the early stages of trance music, Sky has been making waves in the trance scene since 2002. She has played festivals such as EDC, Ultra Miami, and has also found herself playing Dreamstate. Kristina Sky created and runs the United We Groove/United We Trance brand. This is a 6-year-running annual rooftop party in Miami during Miami Music Week. 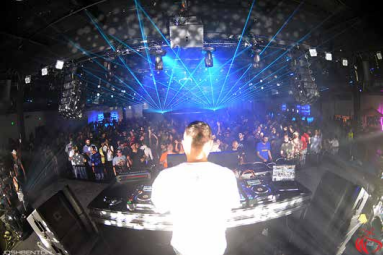 Reelworks is the perfect venue to host this legendary night of trance. They boast a custom JBL sound system. Reelworks is a fully immersive venue and is the perfect intimate environment to host these two trance legends. With large-scale light installations, it would be a wise idea for anyone to travel to this event to see Darude and Kristina Sky on April 16th. 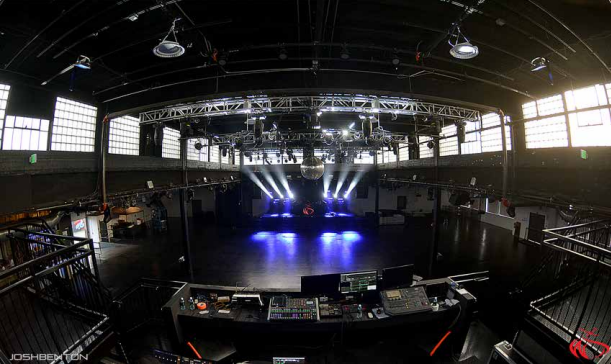 From twitch DJing to ABGT464, Euphoric Nation reaches the upper echelon of progressive trance with their latest single “Stranger”. Found on the latest edition of Above & Beyond’s Group Therapy 454, the Minneapolis-based duo collaborated with Michael Fearon and vocalist Lya Adams for their first big hit. Staying true to their sound, this uplifting track combines soothing vocals with a melodic beat that will keep your mood jovial or even… euphoric.

Euphoric Nation was founded in 2010 by Don Ortega, E.N. He is well-known in the Minneapolis trance scene but evolved to new levels once Justin Zanish joined in 2019. Shortly after the duo gained enough notoriety to gain many bookings including direct support for Laserface. Party Guru Press was able to catch up with Don from Euphoric Nation to hear more about their journey to ABGT. Check it out below!

Party Guru Press: Tell me about the track “Stranger”, How did it develop with your collaborators?

Euphoric Nation: This was actually our 2nd track with Michael Fearon. We previously released “Lost at Sea” on Ava recordings and people liked that track a lot so we planned to follow it up with something special. We started working on the track earlier this year and brought it to Mike Shiver who has a knack for finding amazing vocalists which is how we were able to connect with Lya Adams. The rest is history.

Euphoric Nation: Trance is a tough genre that has started to move in a new direction. What inspires Euphoric Nation is an uplighting feel and happy vibe, and we try to carry that forward. We like to combine that happy feel with a dance beat.

Party Guru Press: How did you navigate the pandemic?

Euphoric Nation: We were definitely on a high in 2019. The last show we played was the Laserface show at the Armory. “Lucky for me, I already had my online format radio show for a couple of years, Trance Paradise, so I was familiar being behind the camera doing live streams and so I rebooted it on Twitch. We started to play consistently and got a couple of big raids including Gabriel and Dresden. Recently we started working with Final Fantasy 14 and got our own virtual club in there (Club Poncho).”

Party Guru Press: Wow! A virtual club? Can you tell me a little more about that?

Euphoric Nation: When we first started doing it we were only able to purchase a small plot in the game. So it only allowed a certain number of characters to come through and we would literally “sell-out” the club. People wouldn’t be able to get in since the club was at capacity. So they had a line out the door. Our group of friends would look forward to it and still be able to ‘go out’ together in the game. We did get a small plot and we had people frustrated after multiple weeks of being sold out and asking us to upgrade. When the server upgrade happened we were able to buy a large plot and accommodate more characters.

Party Guru Press: A couple of fun questions to share with the world. What is your go-to pizza topping?

Party Guru Press: What is your dream booking?

Euphoric Nation: The Mecca or Dreamstate for sure.

Party Guru Press: If you were to make any other genre of music besides trance what would it be?

Euphoric Nation: During the lockdown, I was introduced to tech-house. I found some on twitch sets and liked it a lot. It’s really groovy and “dancy”. Makes me want to get up and rave.

Euphoric Nation: Jody6 – rabbit hole. I love the matrix sound bits they sampled in it.

Where can you find Euphoric Nation next? They just had a release party show in their resident venue REV in Minneapolis on October 15th and have more bookings in the works. Check out their Instagram page for the latest announcements on tracks and shows coming soon!