Interweaving the best of the best. Secret Dreams gathered passionate music lovers across the scene; it had something for everyone, whether you love jam bands, electronic, bass, or live electronica. Despite this sensational lineup and being an inaugural event, excitement was also higher than ever as Tipper announced this would be his second-to-last event of the year.

Legend Valley is an exceptional place. It is home to many other festivals because of its adaptability and beauty. Secret Dreams was a minor event, so festival go-ers camped near the stages and underneath the dinosaurs. Everything on the grounds was perfect and convenient; the production companies went above and beyond for a first-year event.

Secret Dreams was accompanied by three wild stages. Designed by Tipper’s production team, The Portal Stage hosted more of the electronic, glitch-hop sets. Lucid Stage for the funk/live electro side of things, and then the Woods Stage for live jam band sets.

The weekend kicked off on Thursday evening.

At the Lucid Stage, we had The Wright Ave start things up, followed by Axel Theselff, Funk You, and Papadosio. Fans filled up the Lucid Stage and locked spots down for the highly anticipated Papadosio arcade tribute set. This is where they brought a retro gaming music experience to the Lucid Stage.

Tucked away next to the hillside in the trees was the Portal Stage. Launching off with Somatoast, this space quickly created warm, welcoming vibes. The beautiful tribal drums of Somatoast had the crowd tutting in unison. Megan Hamilton and Tripp St. had the party poppin’, hips twistin, and humanoids gone wild. Hats off to Daily Bread and fans for bringing the vibes from kings hawaiian to wonder.

The Woods Stage was a bit hidden and smaller. Unfortunately, VCR RepairMen could not make it, but the talented Be Delicious pulled up with an excellent bass house set. Secret Dreams also kept things going with their “Stargazer Late Night” sets played at a tastefully reduced volume at the Portal & Woods stages. SODOWN provided the energy, and Maddy O’Neal played a beautiful set with a mesmerizing laser show projecting through the trees.

Kicking off the Portal stage was Yheti. Yheti is one of a kind producer. Seeing him perform in the daylight was a change of pace. Still, I have to say this was one of my favorite Yheti sets that I have experienced. Also, when Yheti Dropped Charles’ HighLow track, you could feel the love and connection in the crowd. Flow artists all around, not a cloud in the sky; it’s always so special to see Charles’ musical impact on the community.  There won’t be a day, show, or set where Charles isn’t remembered, missed, and loved. #Charlesthefirstforever.

Following Dancesafe’s announcement, I was eager to see how Jade Cicada would start his takeover. The first artist Aerojet delivered. Rumor has it that they met at Berklee College of Music when Aerojet was playing a Noisia song in the cafeteria. Aerojet put his Berklee background to good use with this set. He played plenty of experimental jazzy hip-hop beats to serve as the perfect appetizer for the night. This was his first set, and he has uploaded it to his soundcloud for anyone interested in checking it out.

One of the highlights of the weekend was Cool Customer. It was a perfectly executed, immersive experience. Rumor has it that he is another protégé of Jade Cicada and that this was his first live performance. I knew of his music from his 4 released tracks on SoundCloud, but he exceeded every expectation I had. Twenty originals and remixes included, unbelievable. Cool Customer brought the party and set us off on the right foot of what was to come. Accompanied by his visual artist @psybernautics.art, this set was one for the books. His London Bridges and Inspector Gadget remixes at the campsites were the weekend’s talks! We will see the Cool Customer on lineups frequently in the near future.

Next, Mad Zach picked up right where Cool Customer left off and brought us deeper down the rabbit hole, introducing some gloriously hypnotic psy-trance. He did a phenomenal job using his signature finger drumming and creative use of the midi fighter. SYNESTHESIA brought trippy black and red visuals as the lasers turned on perfectly complemented Mad Zach’s industrial sound. There has been a lot of hype for Mad Zach after his “Hypnotic Twilight Set” at Tipper and Friends earlier this year; he certainly delivered.

Detox Unit continued the hypnotic vibe with some mid-tempo, then gradually moving to 140 until arriving at that Lana Del Ray remix he debuted at Sonic Bloom. We also received some tasteful VIPS to his classic tracks such as “Interior Crocodile” and “Simon Says”. Detox Unit’s swaggy and creative drum grooves had everyone dancing into the night. Steve Haman served as an amazing visual guide, as always.

Jade Cicada and Tenorless. Peanut Butter and Jelly. Wine and Cheese. Ying and Yang. Bread and Butter. Some things just belong together, and this is a match made in wook heaven. A perfect synergy is created between the two titans every time they play together. The entire performance felt like a healing journey from start to finish. Including such crowd favorites as the Pac-Man remix and “Beefcake”. He ended gracefully with a VIP of “Lost Again.”

The real standout of the weekend was Jade Cicada showcasing a new side of himself: his ability to put together a cohesive festival lineup. Blending veterans and seamlessly introducing us to new fresh talent. It all flowed so well. I’m not the only one that would pay good money to this Swarm Lineup again.

Desert Dwellers, Bluetech, Alejo, CloudChord, Random Rab, and Tycho all kept vibes flowing for their Stargazer Late Night sets at The Portal. Alejo’s sound design is crazy, and having that combined with ZiP Visuals was more than a treat. Tipper dropped the Alejo track, Gas Wagon, in his DJ set at Suwannee this past year. His recognition is more than well deserved.

Unfortunately, mother nature was not on our side Saturday. Because of this, Entangled mind and Detox Unit’s sets were cut short. Once the announcement to seek shelter surfaced, the skies quickly turned dark gray, prompting all of the “what ifs. Will the friends go on? Will Tipper play!?” The most beautiful double rainbow emerged from the yellow skies, and attendees stormed the grassy fields to capture the moment. At this moment, it was clear, time to get tipped. An announcement came out from the Secret Dreams team that Tipper will be taking the stage at 11:15 pm.

Blessed with a dark party filled with strobes, lasers, and fog. Given the circumstances, the production team did an incredible job with the lighting. The torrential downpour, thunder, and lightning might have stopped some of the most anticipated sets, but if there’s a will, there’s a way.

Thankfully after hours of rain and location changes, the SubSanctuary crew was able to pull through with a powerhouse renegade.  Arcturus, Alejo b2b Danny Grooves, Mickman, Psydell, & a Detox Unit d&b set. Especially with that Funktion 1 sound, hearing some new Mickman tunes off his new album Reclaimed was a blessing and a perfect way to close out the weekend.

I am super thankful to the secret dreams team and staff for their strategy and commitment. I know I speak for many when I say that I cannot wait for Secret Dreams 2023. 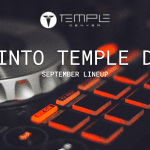 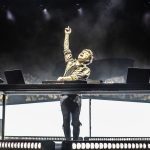