Memories and music filled all four days of the 20th anniversary of Summer Camp Music Festival this August. Typically, the festival occurs in late May over Memorial Day weekend. However, it was canceled in 2020 due to the COVID-19 pandemic. It was rescheduled to August 19 – 22nd this year. Roughly 25,000 people attended. Summer Camp’s home is in Chillicothe, Illinois, so we took the 14-hour drive from Denver on Thursday. It was definitely one of the most memorable festival weekends of all time!

Summer Camp is known for the festival’s consistently stacked lineup. Summer Camp always features hundreds of artists across all genres, both rising talent and big names. The true kings of Scamp are the bands Umphrey’s McGee and Moe. Both dominate the weekend year after year by playing daily sets across most or all of the stages. Other huge names on this year’s lineup included Ween, Three 6 Mafia, Emancipator, and Billy Strings.

Friday highlights for us started in the afternoon when Borahm Lee of Break Science jumped on main stage with Manic Focus and played a killer set as Manic Science. Meanwhile in the VIP Tent, electro-funk band The Floozies took the stage. The Floozies brought us back to the angsty times of 2000s rock with their Emo Hour DJ set.

Across the park at the Campfire Stage, a smaller crowd of people stomped and hollered to bluegrass band Kitchen Dwellers. Denver local Maddy O’Neal dropped an energized set drippin’ in bass and hip-hop beats. Emancipator gifted us a beautiful and chill set, layering string instruments with downtempo drum beats.

Umphrey’s McGee‘s Friday night set featured a serious classic rock flavor. They teased parts of the Zeppelin song “Kashmir” between transforming “Looks” into “Preamble”. A sampling from “Stairway to Heaven” rang out when Umph turned “The Triple Wide” into “The Linear”. They also covered portions of The Rolling Stone’s “Can’t You Hear Me Knocking” and Jimi Hendrix’s “Little Wing”. After Umphrey’s, Billy Strings took over the Starshine stage.

Late night highlights for Friday included the much anticipated CloZee b2b with LSDREAM, VIP lounge set from Aqueous, and a dirty dubstep Subtronics set to close out the night.

Saturday’s overcast weather was what we’d all been waiting for after the brutal temperatures and humidity that made for a sweaty Friday.

Music highlights included the afternoon sets of Doom Flamingo at the Moonshine Stage and Sunsquabi at the Starshine Stage. A few hours later, the two stages featured conflicting sets by Dirty Heads and BoomBox, making for another tough choice among some festival attendees. Livetronica legends STS9 played a dreamy, ethereal evening set at the Sunshine stage while the killer collab of Keller Williams and Sunsquabi – dubbed KellerSquabi – threw down on the Starshine stage. Marvel Years and later in the night Manic Focus both played funktastic and saucy sets. One of the best and possibly underrated sets of the whole weekend went down on Saturday night, when The Spicy Bois (self-described as “Flavor Town of the Underground”) brought the late-night heat with a supercharged surprise set from the top of an old white bus covered in sunflowers.

The new stage, Goodbus, and it lives in the Illumination Woods, a whole new area of Scamp that made its debut this year. During the day, the shade from the trees in these woods provides sanctuary from the harsh sun with colorful swinging hammocks and other spots to take a seat and relax. At night, the magical space transforms into a psychedelic haven, with the rainbow net of strings tied between the trees mimicking a laser show, giant mushrooms, and lit-up interactive art pieces.

The early hours of Sunday morning consisted of wandering the campgrounds. I realized so many of the aspects we love about festivals start right here – from one-of-a-kind unofficial merch (check out this reddit post for an example of one of the coolest fest posters I’ve ever seen) to hearing hilarious conversations you’d never hear anywhere else, to meeting some of the most unique and genuinely awesome people of all time. I met a gang of Power Rangers, witnessed an intense light saber battle, danced with a crew of bananas, met an author who sold me some plants (a jade and a lime tree to be specific) and caught a surprise sunrise set at a random camp by a lesser-known producer named Operatr.

Sunday was a huge day for talent. Early in the day, the brilliant and creative Keller Williams played an amazing set at the Moonshine stage. This year may have been one of the biggest yet for Sunday single-day pass purchasers.

Sunday’s bill held the much hyped and anticipated sets from some of the biggest names there such as Tipper, Dirty Heads, Ween, and Three 6 Mafia. Although times got bumped slightly, there was still a choice to be made between Tipper and Ween, We ended up bouncing between the stages to get a taste of both.

Griz helped close down the festival with his much anticipated set, featuring a special guest appearance by ProbCause. Everywhere was packed full with thousands of people dancing beneath the psychedelic lasers. Moe.’s Sunday night set was powerful and full of classic Moe. songs. And let’s not ignore the artists who are not as well-known but are extremely talented – LeSpecial’s campfire set was one of the best all weekend.

Leaving Summer Camp is always bittersweet, and usually makes for a rough Monday morning. With no time to hunt down a golf cart to help haul our gear, we navigated ourselves and all our stuff out of the park, weaving around the festival zombies dragging their feet in the heat. For the entire fourteen hour drive back home to Colorado, I had so many memories replaying in my head, and an amazing sound track from the weekend to match.

Many people who normally go to Summer Camp – or “Scamp veterans” – were unable to make it this year The pandemic has greatly affected live music, both small shows and festivals alike. Covid-related complications did cancel some acts such as Papadosio, Lettuce, Big Something, and Cherub. For those who weren’t able to attend, you can check out some awesome recap videos on the SummerCampFest YouTube channel.

Until next time, Summer Camp! The experience surely will be hard to beat next year. Summer Camp Music Festival is set to return next Memorial Day Weekend for its 21st anniversary – May 27 to 29, 2022 – so be sure to start planning ahead by snagging your festival passes during the Early Bird sale. Tickets aren’t available for purchase yet, but keep an eye out for updates on Facebook, Instagram, and the website’s ticket page. Want to get involved in the festival and save money on the ticket? Check out the volunteer page. Finally, be sure to sign up for the mailing list on the Official Summer Camp website! 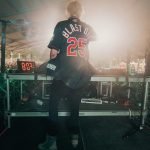 Minnesota brings "Break The Mold" Tour To The Fox Theater

Goldrush Music Festival: The Countdown Begins For an Epic Weekend In The Desert 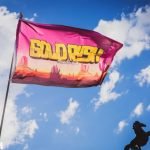