Many music listeners that favor reggae-rock and ska-punk have heard of the band called Sublime, formed in 1988. This group is still known for some of their timeless songs including “What I Got” and “Santeria“. In the year 1996, the band suffered the death of their lead singer, Bradley Nowell.

2010 brought the rebirth of the group. This time, with Rome Ramirez, a singer and instrumentalist on lead vocals. Rome was also a fan of Sublime and had been looking up to the group for some time. This led to Sublime With Rome.

The collaboration between Eric Wilson (Sublime) and Rome Ramirez has kept reggae-rock alive ever since. In 2011, they released their debut album, Yours Truly, as a new-group title. Since then, they have completed multiple tours and performed at various festivals across North America.

Red Rocks For The Win

On Saturday, April 30th, Sublime With Rome finally returned to Red Rocks Amphitheatre in Morrison, Colorado. It has been a few years since the band had performed in Colorado, but boy, it was worth the wait. Red Rocks has a capacity of over 9,500 people and by the time the show started, almost everyone was already in the venue. Those that arrived at 7pm (when the music started) were able to snag some of the very last parking spots both before waiting in line for entry.

Katastro opened up the night by welcoming patrons into the venue with their upbeat music. This Arizona-based group plays multiple genres of music including hip-hop, rock, jazz, and more. Throughout their energetic set, they played new music along with crowd favorites like “The Way I Feel” and “Flow“. The lead singer had a wonderful stage presence, interacting with the crowd and engaging everyone to sing and dance along.

After a 30-minute intermission, GZA and his band, complete with an electric violin, were next to take the stage. Ramsey Jones introduced the band, who would be helping to perform the “Liquid Swords” set. By this point in time, everyone coming back from grabbing drinks and snacks by the visitor center was returning to their seats. As it turns out, GZA is actually a founding member of the Wu-Tang Clan.

As a result, this set was much more hip-hop sounding than Katastro‘s. This didn’t stop the crowd from throwing their W’s up and singing along to various tracks. At one point, GZA stopped to take in everything, noting how the last time he was at Red Rocks was with Wu-Tang Clan and The Colorado Symphony.

The anticipation in the venue began to rise during another 30-minute intermission before Sublime With Rome started their set. Reggae rock filled the absolutely packed amphitheatre. The band’s stage setup seemed fairly simple at first glance. However, standing light bars were placed throughout the stage and a geometric pattern of overhead lights lit up above them. There were also projections playing down onto the stage and rocks behind them. This transformed the concrete floor and rocks to show visuals of eyes, mushrooms, smiling mouths, roses, disco balls, and more.

Sublime With Rome played a healthy mix of originals, such as “Blackout“, and classic Sublime tracks including “Wrong Way” and “Smoke Two Joints“. They even played a new song that they’ve never played in Colorado before. Towards the beginning of their set, Rome brought his son out on stage and explained that they were on tour with their families, best friends, and dogs. What a fun summer! Later on, Rome made an announcement that they had a special guest. The one and only HR made a special appearance. This reggae legend has been a huge inspiration for the reggae-rock genre of music.

About an hour and a half into their set, the lights dimmed and Sublime With Rome left the stage. In general, during the break before an encore, people will generally start leaving. However, for this set, nobody budged. During the encore, Rome told a story about how he and his brother watched the recorded Incubus Red Rocks show a bunch when they were kids, and he’s always dreamed of playing this venue. Now, they’re playing Red Rocks and also touring with Incubus this fall.

The grand finale consisted of Sublime classics including “What I Got” and “Santeria“. In fact, the entire crowd singing along to “Santeria” could be heard all the way from the Lower South parking lot!

From start to finish, Sublime With Rome was an absolutely amazing set to watch. Families and friends gathered from far and wide to come together over music in one of the most beautiful venues in the world. Each band had uplifting, contagious energy that could be felt throughout the entire crowd.

Reggae-rock is alive and well in the state of Colorado, and this night proved just that. Keep up with Sublime With Rome below!

Find Sublime With Rome On: 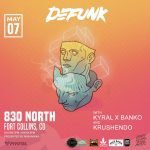 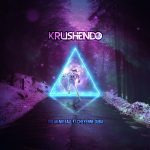