Mission ballroom was looking to bring a solid variety this weekend with a well balanced line up. Though each artist played very different styles of music, the choice of talent was well received by the crowd in attendance. Fans were treated to jaw dropping mixes one after the next and even a few surprise guests. Each set was filled with individuality and a truly unforgettable display of sounds including throwbacks and live drumming from Megan Hamilton, the unique, bass heavy rap style of Wreckno and who could forget that beautiful sound of a saxophone played by SoDown himself.

The artists for the evening weren’t the only ones going off on Thursday. Later in the evening, fans were treated to an immaculate display of lasers which burst to life and lit up the entire room. As a result, the crowd was in awe. Thousands of screaming fans absolutely adored the beautiful display of color pallets chosen to fit the larger than life visual screens. Kudos to the lighting technicians working the stage. The display truly was a wonder to behold.

First up to begin the show was Denver local TruFeelz. To the excitement of the audience, TruFeelz mentioned that this was his first time ever playing a full original set. The expression on his face was a testament to how happy he was to be doing so. TruFeelz was able to take the crowd on a ride with his beautiful lyrics and powerful drops. His new song “Riptide” on Subsidia Records is a perfect example of this.

Megan Hamilton really shook things up with her disco style of mixing. Fans were suddenly transported back in time as she played songs like “Hard to Handle,” a song by The Black Crows, with her own groovy touch. The crowd really appreciated her vibrant glowing drumsticks as she live drummed the beat to some of her tracks. Her word play during mixes was spot on. Megan Hamilton recently released a funky house track titled “Jolene” which displays her style perfectly.

Wreckno gave the crowd whiplash coming right out of the gate with his thundurus bass. His uniquely recognizable voice blended perfectly with his heavy sound design. On stage, Wreckno has a presence that radiates strength and it plays really well with the Mission Ballroom crowd who was still so full of energy. Wreckno played his song “Honey Drip” which is on his recently released EP titled “PANSY” and the people in attendance couldn’t be more happy about it.

Manic Focus takes the stage and with him, the full visual display for the night. One could be forgiven for feeling too tired to dance after the show they’ve had so far. However, not a single person was standing still. Anybody who may have been seated before can’t resist the urge to dance along with Manic Focus now. Everybody reacted positively when he played his remix of “Ah Jeez” by The Floozies. Manic Focus also played the Marvel Years remix of his own track “Pearl” which really struck a chord with the happy crowd. At the end of his set, Manic Focus busted out his Keytar for an amazing rendition of “Flight Of The Bumblebee” by Nikolai Rimsky-Korsakov.

SoDown refreshed the crowd with an amazing intro as his saxophone rang across the venue. Visuals of him playing were displayed on the giant led screens for the fans who were too far away to see him on stage. The people in the crowd were enamored. Now that he had their attention, it was time to turn it up. SoDown proceeded to seamlessly blend tracks together putting on a performance of a lifetime for his eager fans. His new song “Cake” has so much going but in the best way possible. Much like his performance that evening. The last song of the night was a track he made with Manic Focus and Bailey Flores titled “Cliffs” which was a great way to end the evening.

Mission Ballroom Gets It

This night was stacked with talent. It’s quite possible for shows to feel boring or repetitive if there’s too much of the same thing. Mission Ballroom made sure that would not be the case. Every single artist on the line up had a different way of controlling the feeling in the room and keeping it fresh for everyone in attendance. Whoever is in charge of booking talent for Mission Ballroom understands what Denver wants and they truly delivered.

Get The Most Out of Scamp '21: Event Preview

Ookay Brings The Heat To His Temple Denver Debut 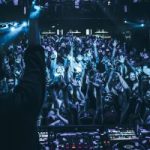