Summer is officially here and Red Rocks season is in full effect. Dutch DJ San Holo was the most recent artist to make his Red Rocks Headlining debut this past Thursday, June 13th. Being that it was his headlining debut, San made sure to make the most out of the event, hosting a pop-up shop the day before the show at Mirus Gallery. The pop-up shop featured exclusively available merch, boba tea, meet and greets with San Holo, and even his grandma was in attendance all the way from Holland. Giving back to the fans, even more, San also held a private show Wednesday night for a select group of lucky fans in Denver’s Rino Neighborhood. Both of these events helped set the tone for what would be a thrilling and intimate debut the next night at Red Rocks.

Appropriately titled redrocks1, the event carried a full line-up with performances from Duskus b2b EastGhost, Taska Black, Chet Porter, Clams Casino, Shallou, and of course San Holo. San, who burst onto the scene with remixes of classic hip hop songs filled with future bass sound, redefined his sound last year with the release of his debut album album1. San, who was originally a member of a small rock band, playing bars in Holland, found a perfect way to blend his past as a guitarist into electronic music and delivered a fresh, uplifting, and emotional album with album1.

In the same sense that album1 was a sign of maturity and growth as an artist for San, his redrocks1 performance highlighted his innovation of blending live instrumentation into his set. With smashing guitar leads, filled with atmospheric and sweeping sounds, San’s performance was as uplifting as it was emotional. The entire night was filled with great vibes as San’s stage presence and appreciation for his fans was shown, San brought his family out on stage, thanked the crowd over and over, and gave away 3 guitars to lucky fans at the end of the night. For those who were not lucky enough to be in attendance, the event was also streamed live on Youtube.

redrocks1 was a magical performance that took the crowd through an emotional roller coaster, while always remaining positive and uplifting. This, coupled with San’s obvious appreciation for his success as an artist and genuine love for music, made for a night that will not soon be forgotten. We can not wait for redrocks2 and as San always says ‘Stay Vibrant.’ 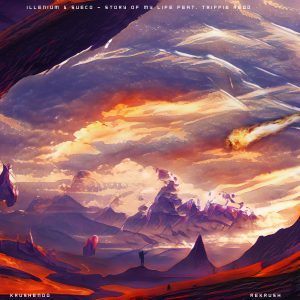 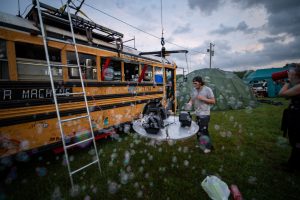