One of the stars in the melodic dubstep world, San Holo, headlined Mission Ballroom this past weekend. Sander van Dijck, better known by his stage name San Holo, first gained recognition for his remix of Dr. Dre’s “The Next Episode.” Which went viral quickly and had him releasing music on the likes Skrillex’s OSWLA record label. Soon after, San Holo quickly ran with his fame and created his own record label Bitbird. Further, his last album, Album 1, held a myriad of staple tracks in the melodic dubstep world. Album 1 reached #7 upon its debut on Billboard 100’s Electronic/Dance chart.

Recently just a few months ago in June, San Holo released his new album bb u okay? Now, he has brought his new album on tour throughout the United States. Those within the melodic dubstep have been patiently awaiting a new album and tour. Certainly, San Holo did not disappoint.

Brought along on the tour, Rome in Silver and Chet Porter began with a slower start. Rome in Silver in particular started the night off with a lot of low-fi sounds mixed with some hipster buildups. It was the perfect intro into Chet Porter’s set who has many notable remixes of other famous EDM artists including Odesza and Whethan. One of the most notable moments from his set came when he played his collab with Alison Wonderland “Bummed.” These two chill sets were a perfect introduction for what the night would move into.

However, the standout set of the openers was Swedish native Kasbo. He began his set by running out onto the stage with a burst of colors to play the drums in tune with his music. The shift from the chill hipster vibes, to a more energetic crowd, was apparent as he drummed along to his music in time with the impressive visuals. Many of his visuals had nature and water themes which played along well with melodic drop after melodic drop. At one point, I went almost all the way up to the rail, and I normally like to stay further back in the crowd, and boy am I glad that I did. Kasbo heavily interacted with the crowd in the front. His visuals were perfect up close and his set along with his visuals left the crowd mesmerized and ready for the headliner.

Finally, the much-awaited return of San Holo to Denver began. He rushed out onto the stage playing his guitar in tune with his songs. The background visuals were simply bb u okay? in accordance with the promotion of his new album. In addition, he also played many of his crowd-pleasing songs like “Light,” and some of his most popular tracks off Album 1. For anyone new to his music, this set was the perfect mixture of some of his more heavy older tracks and his new album. Most importantly, his stage persona with the crowd stayed on point throughout and he did not miss one guitar solo.

Overall, Mission Ballroom proved to be the perfect mixture of an intimate inside venue but with the visual capacity for San Holo’s strong mixture of music and visual experience. The audience definitely loved every minute and there were even some tears shed from those around me. Hopefully, we don’t have to wait long for San Holo to return to Denver. 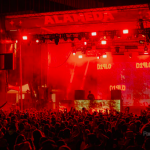 Meet Me In The Desert At DUSK 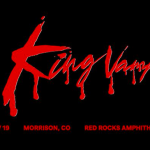 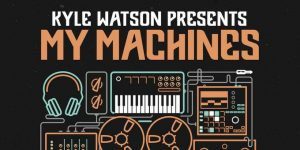 Kyle Watson at Summit in Denver 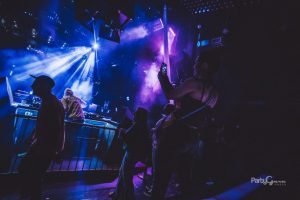