Road To Global Dub With Esseks

Esseks paved the road to Global Dub for this week’s Shift Thursday! At the one and only Cervantes Masterpiece Ballroom, for an evening full of dancing and exquisite bass tunes. The lineup for this special night was immaculate with an array of young artists blowing up in the bass music scene. First up, we had Colorado local Knetica, followed by Jon Casey, A Hundred Drums, and the man of the evening Esseks.

Sam Eckstein also known as “Esseks” is a Brooklyn-based producer. He carved his path into the electronic music scene in 2015 with his debut album “Bad Cartoons” on Gravitas Records. Esseks has worked with a plethora of artists in his career such as, Yheti, Tsurda, Shanghai Doom, KLL SMTH, and FRQ NCY. Esseks is also a visual artist, which he showcases in his cover art and visuals during performances. His latest album is entitled “Villain’s Journey” which was released on September 2nd, 2021. The album is about a sword-wielding protagonist who navigates a flooded post-apocalyptic New York City.

As doors opened and the people of Denver escaped the frigid cold night and onto the dance floor. The Colorado local known as Knetica warmed the people up with some deep low-end bass eccentric tunes. He ended his set with a collaboration between him and the Atlanta bass artist Kick called “Waves“. Next up, on the stellar lineup was Jon Casey traveling from Pretoria, South Africa. Jon put on an absolute show for the people with an incredible stage presence that kept the crowd moving to his melodic and heavy bass-hitting tunes.

Having a break from the Spiral Tour as support for Rezz is A Hundred Drums. Coming to bless the people of Denver with some of her hip-hop, psychedelic bass tunes. A Hundred Drums took the crowd on a journey with her very low-end pulsating rhythm and indigenous hand drums.

As A Hundred Drums set came to an end, the extraordinary Esseks was prepared to take the stage. The man wasted no time opening his set with deep and eerie tunes. In which, he had the crowd hollering in excitement for the set they had all been waiting for. Esseks put on a magnificent show displaying his cutting edge production styles that left the bass heads of Denver in awe. In addition to the performance was Actualize Visuals, who brought Esseks artwork to life for an incredible visual experience.

Overall, it was another incredible night here in the bass capitol. Paving the road to Global Dub, Esseks gave the fans a delightful taste of what is to come for the highly anticipated festival. Which will take place at the legendary venue Red Rocks! Esseks will get the festival started with a back-to-back with Buku. Followed up by ATliens, Flux Pavillion, Dirt Monkey, and Peekaboo. 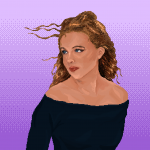 A Sit Down With DJ Sabrina The Teenage DJ

An Inside Look To Kosmic Kingdom 2022 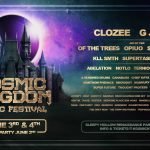