What happens when you mix Denver’s black and latino fashion, culture, and music with the jewel encrusted flavors of Rick Ross? You get a hell of a time, that’s what. On Sunday Feb. 20th, fashion designers and aficionados alike gathered at Reelworks in Denver’s RiNo district for ‘The Life of Fashion’ fashion show. Which, would later be followed by a performance by the boss himself. Hosted by Maria Loreto and Milk Chris, this event had black and latino designers from across Colorado come to showcase their talent and hard work. Outfits ranged from conservative attires to glow in the dark streetwear. This fashion show was filled with outfits that scorched the runway the minute they hit the catwalk.

Of course, the outfits weren’t the only thing burning up the stage. A plethora of local talent came out, making sure the crowd never had time to digest the previous act. Rappers Json Martin, Jay Triiiple, J4 and Troy Good, came with incredible energy and stage presence. Some artists brought out their own drummers for support, and other artists let their voice become the instrument. As a result, each artist left no room to question “could this be any more entertaining?”

The fashion show, though exquisite in every way, was clearly an appetizer. After a palate cleansing two hour intermission, it was time for the main course. Reelworks transformed into a buffet of trap music, beautiful people, bottle service and boss level vibes. Led by Floyd Brown, the night had lyrical talents such as A Meazy, Mo-Luv and Tana10Birdz. Sounds were provided by DJ Squizzy Taylor and others. Finally, the lights began to dim and when the words “Maybach Music” rang through Reelworks, we knew the boss had arrived. Rick Ross strolled out on stage wearing a cheetah-like printed sweater draped in so much ice you would think it dropped 20 degrees. With his DJ, Sam Sneak, The boss dropped hits such as “B.M.F.” and even did some features like his verse from “I’m On One.“ Which of course, is my all-time favorite Rick Ross feature.

From the minute I walked up to the door and got my wristband, I could feel the culture radiating out of Reelworks. The fashion told stories of where the designers came from, not only in the brand names, but the designs themselves. The music said “Colorado” with vociferous effect that let everyone know who was in the building that night. And Rick Ross, looking drippy in his diamond studded glasses, reminded everyone why he’s called the boss. All the ingredients to a recipe for representation culminated right here in Denver, and I feel bad for anyone who starved themselves of an enriching experience. 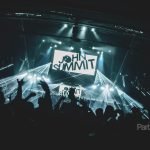 John Summit Gave An Experience Of A Lifetime

The Top 5 Music Festivals To Attend In Mexico 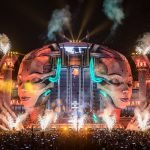