Polo G, the Chicaco Prodigy. One of the hottest names in hip-hop who took the industry by storm with his unique rise to fame came to town to showcase his third studio album, Hall of Fame. Polo brought his young artist Scorey who put on an electrifying and engaging performance for an early support act. Joining Polo on this tour is another hot artist on the rise. Hotboii, per usual, rocked the stage and had the crowd screaming word for word to his main hits Don’t Need Time and Nobody Special.

Finally it was time for Polo to take the stage. DJ Toney Tone had a short introductory set and finally dropped the beat to a fan favorite Flex. The crowd erupted and phone lights came out. Polo entered the stage with a ton of energy and appeared to be in a great mood. Surprisingly enough, Polo steered away from what most hip hop artists do and gave his fan all of their favorites. Playing a wide range of songs from his three album discography.

Remember, Polo’s rise to fame came without mixtapes, something his supporters praise him for. 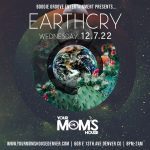 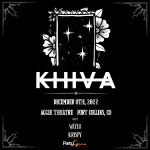 Traveling photographer, I do primarily rap shows and festivals. Looking to expand my network in Colorado.