Playboi Carti describes himself as a “modern-day rock star.” This Friday, November 19th, Red Rocks Amphitheater is going to see exactly that at the “PLAYBOI CARTI: KING VAMP” tour.

The twenty-five-year-old American rapper, whose real name is Jordan Terrell Carter, hails from Atlanta, Georgia. He exploded into the rap and hip-hop scene in recent years. The self-proclaimed “punk anarchist” brings a unique and modern-day twist on what typically is considered hip-hop in the industry. Playboi Carti is largely recognized for his gothic looks and contradictory personality. Certainly, his music remains, unlike anything you’ve ever heard. He is constantly pushing the limits and breaking the boundaries of genre. The young rapper dabbles in hip-hop, rap, punk, and rock genres, with his recent chart-topping hit this year “Miss The Rage” (featuring Trippie Redd) boasting over 16 million views on YouTube. The track is sure to light up Red Rocks Amphitheater this weekend.

True Playboi Carti knows his original mixtape from 2017, which catapulted the young rapper into fame. The debut mixtape premiered early in the year 2017 and featured the Billboard charting single “Magnolia” and “Woke Up Like This” (featuring Lil Uzi Vert). His debut studio album “Die Lit” was released in 2018. It was ranked high on the Billboard Charts as well, coming in at Number 3.

The city of Morrison is in for a treat this weekend, as rap and hip-hop shows at Red Rocks are incomparable to any other venue. Playboi Carti will be joined by twenty-five-year-old fireball Rico Nasty and another Atlanta budding rap star Ken Car$on. Despite the cold temperatures, we’re definitely looking forward to getting LIT this Friday. Click here to buy tickets if you haven’t already. 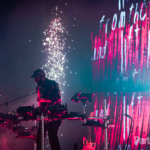 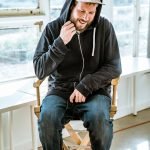