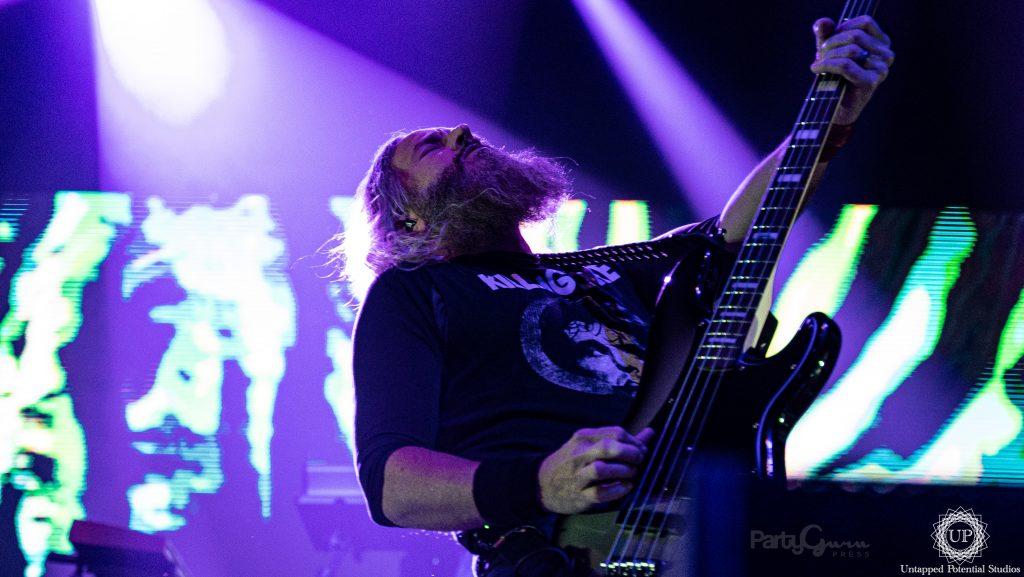 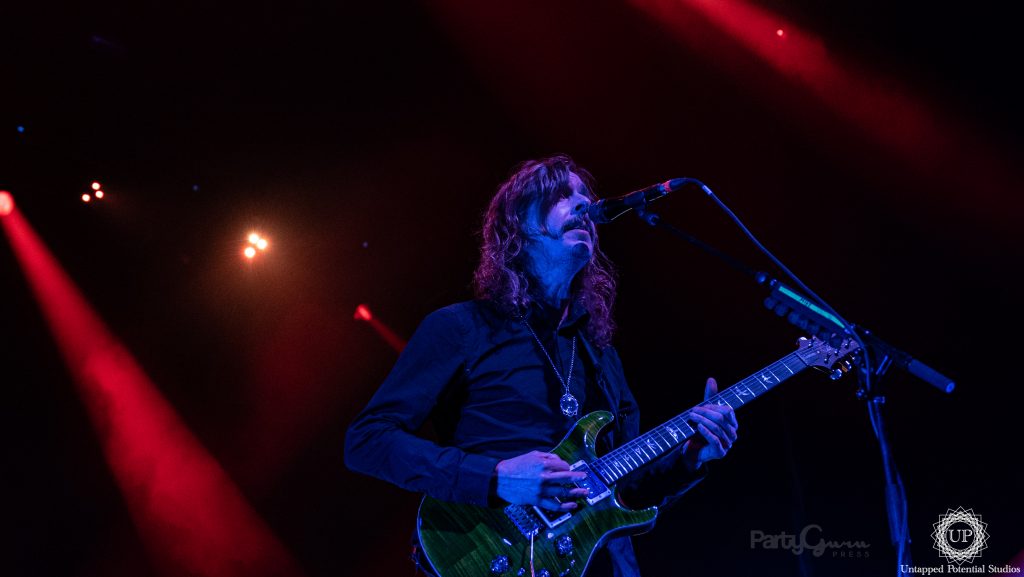 A wave of anticipation and excitement filled the air as the lights dimmed down for Opeth and Mastodon at Mission Ballroom on December 5th, 2021. Dressed in denim jackets and zip-up hoodies, the ecstatic audience was eager to rage out with passion. Two of the biggest acts in the metal scene were preparing to wreak musical havoc on Denver’s hottest new venue.

Opeth formed as a band in 1989 in Stockholm, Sweden. In their existence, they have been a major staple in the metal scene. During their musical journey, the band has recorded thirteen studio albums and four live albums. Opeth‘s musical style can best be described as progressive metal, which is a genre that combines the sounds of both progressive rock and heavy metal. They have currently been touring with Mastodon on their fourth U.S.-based tour in six years.

Mastodon is a heavy metal collective based in Atlanta, Georgia. Their musical style is composed of a variety of metal sub-genres such as progressive, thrash, and sludge. The band has made eight studio albums, along with two live albums in their two-decade run. On their current tour with Opeth, they are promoting their brand new album, Hushed and Grim.

Dressed in all-black winter attire, Zeal and Ardor approached the stage to open the show. With a focused presence, the band started off with the pounding drums of their track, “Wake the Nation”. After their intense opening track, the group went full steam ahead. Their energetic presence shined through in songs like “Ran” and “Death to the Holy”.

Zeal & Ardor proved themselves to be a solid opening act as a collective. Lead singer, Manuel Gagneux’s raspy voice laced the speakers with passion and clarity. The backup vocalist carried a voice through the rafters that were equally as grizzly. The rhythm section held down the foundation of each song with intense commitment and precision. Although the band was known as a metal collective, their musical presence was engraved with roots rock and blues influence. The eclectic and avant-garde style of the band provided an excellent appetizer for their metal-starved audience.

After a thirty-minute intermission, it was time for Mastodon to take the stage. Glamorous electronic visuals lit up the stage as the band opened up their set with their grungy set piece, “Pain with an Anchor”. As the band went further into their set, they fluctuated between songs of different tempos with flawless precision. The true crown jewel of the group was their talented vocalist drummer, Brann Dailor. His smooth vocals on songs like “Tear Drinker” eloquently matched his fast-paced drumming. The band provided the perfect ending with their well-known thrash masterpiece, “Blood and Thunder“. A rebirth of their aggression and tension from their early years was on full display for the Mission crowd.

Another short break ensued as the venue prepared for Opeth. The crowd roared with excitement as each band member waved in friendly delight. The band began their set with a soft ballad tune, “Heart in Hand“. Following their first few songs, the band went head-on into their more tenacious side with “Demon of the Fall“. Their quiet presence as a collective quickly into a powerful orb of hostility.

Opeth‘s instrumentation was the largest asset of their set. Their set was layered with blistering guitar solos and wide-ranged vocals. Lead vocalist, Mikael Akerfeldt, did more than just provide comedic antics. He brought a scorching triple-octave vocal range that blew the audience out of their seats. Their keyboardist, Joakim Svalberg, also became a vital part of their set. His solos, on songs such as “God is Dead“, were meticulous and punctual.

Social interactions really became a major takeaway of the show. Every time a band member had a solo, they were either facing the crowd or performing alongside their fellow band members. This was quite heartwarming to see as hearing the vocalists discuss their problems as an act of comedy made the show more entertaining. The band members portrayed themselves as humans rather than larger-than-live rockstars. Mastodon vocalist, Troy Sanders, apologized to the audience for not delivering a great performance at a sooner rate. Opeth‘s Akerfeldt told the audience “I’m sorry we smell. We ate a lot of chicken wings, so we probably smell a lot.” The only stench these two bands emitted was a fresh breeze of experienced and quality musical talent. Their performances were nothing short of legendary, but their humble nature was the icing on the cake of a special evening. 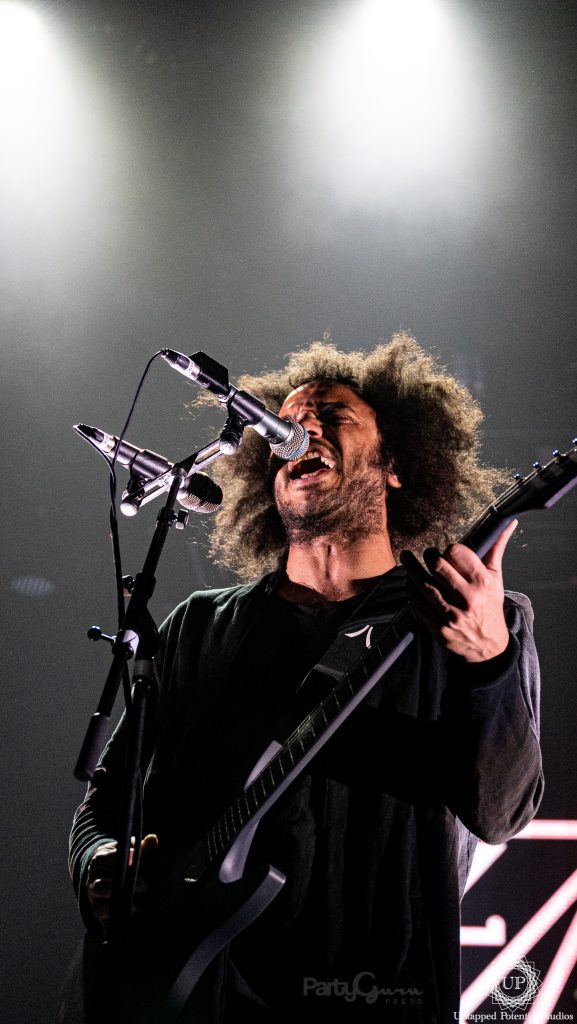 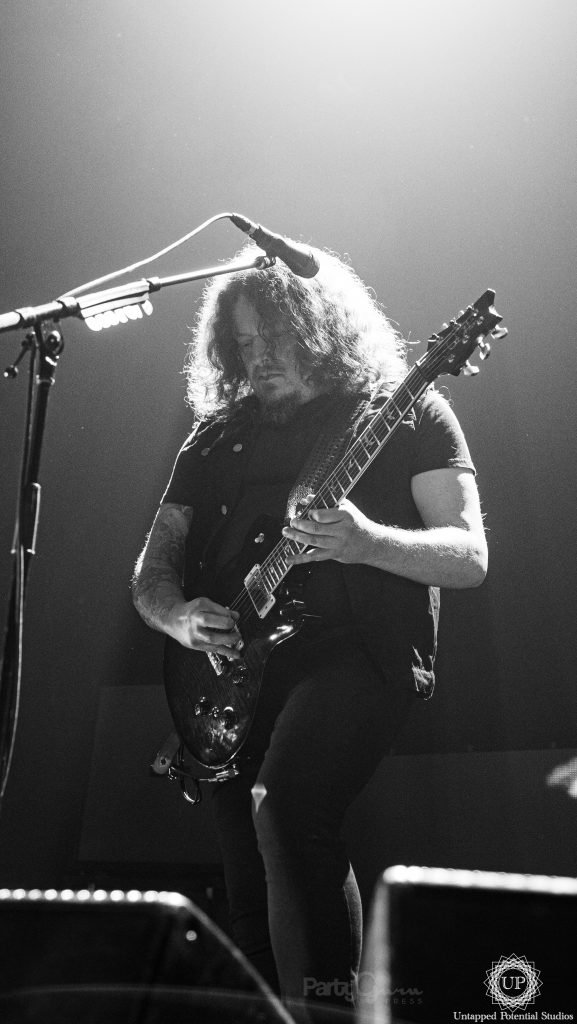 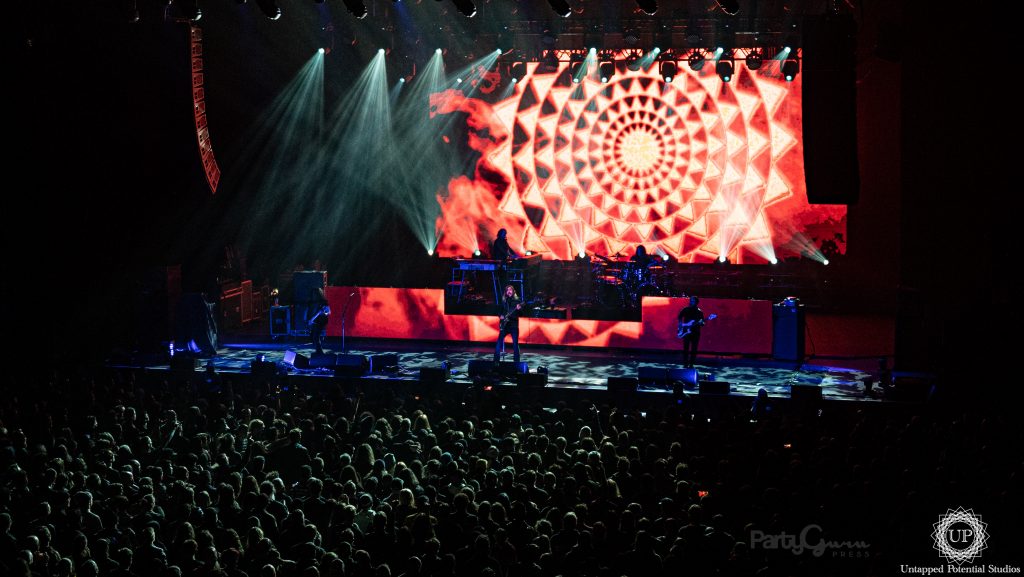 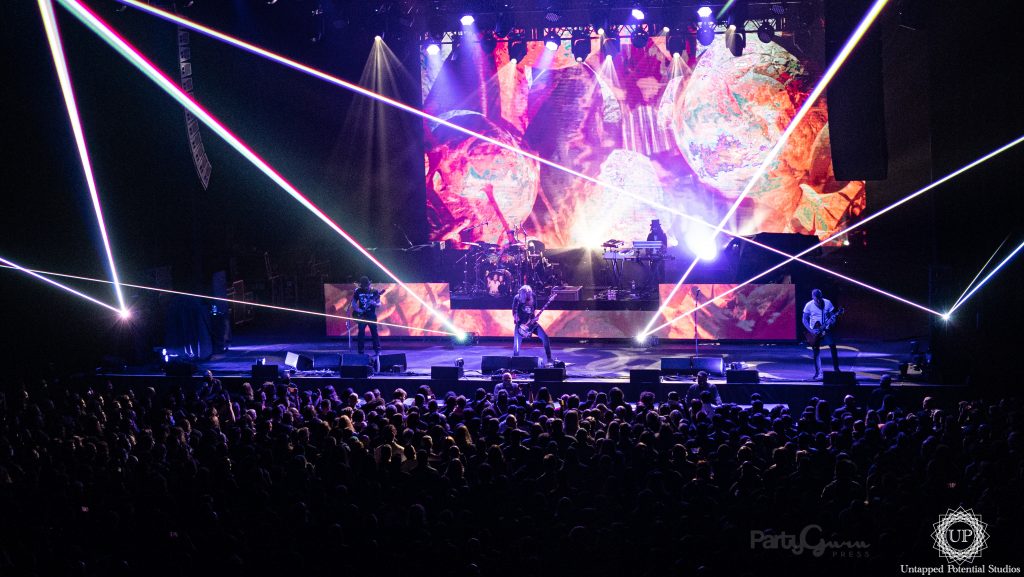 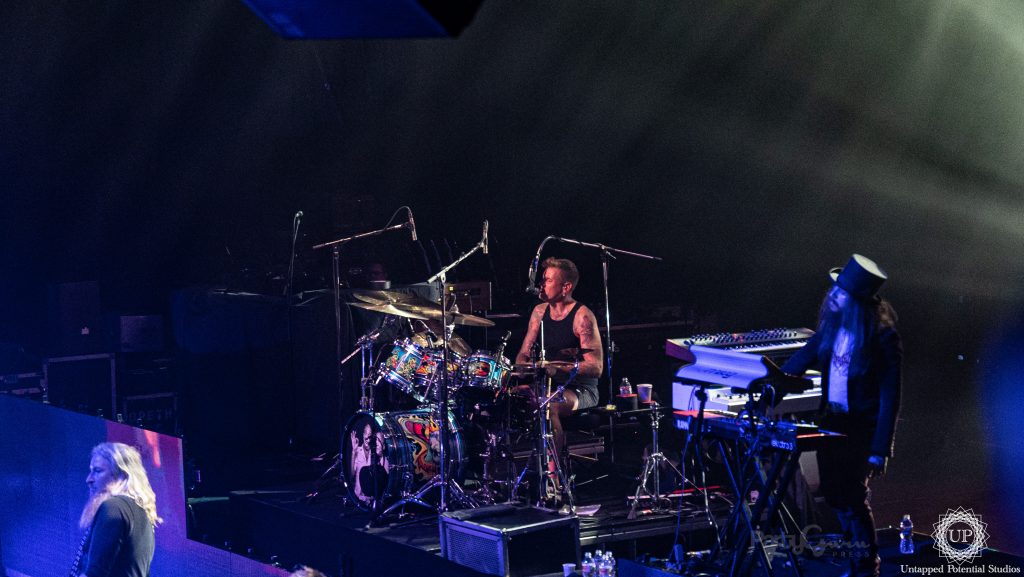 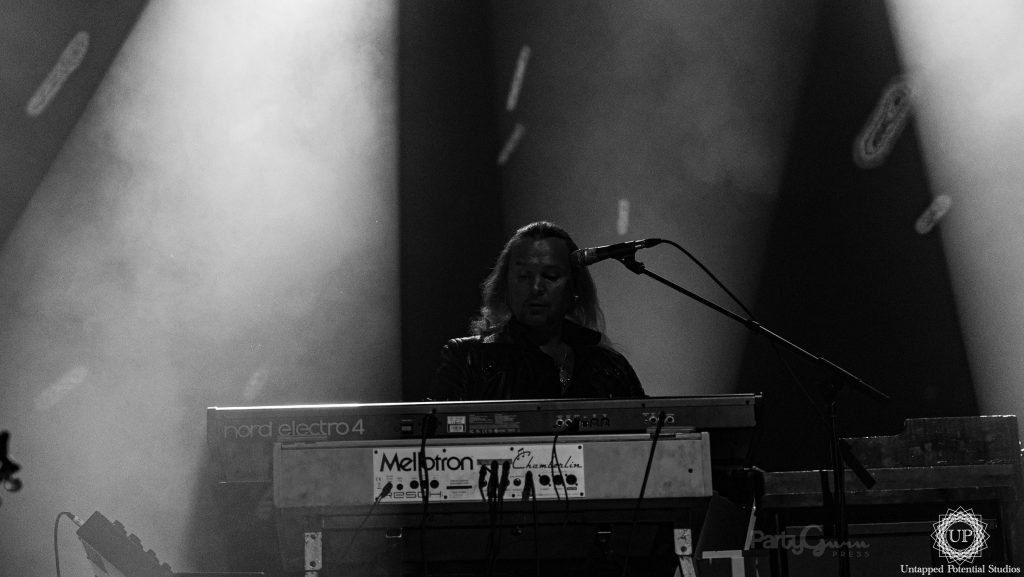 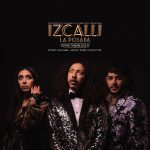 CHVRCHES Brings The Screen Violence Tour To The Mission Ballroom 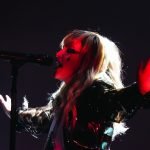