Welcome to yet another Friday night in Denver on the cusp of summer. There’s a light breeze cooling the evening air and the atmosphere is heavy with good vibes. You know what that means, right? It’s time to put on your freshest fit and head to Reelworks in RINo. With the night hosted by Nite.Rinse, Reelworks became the place to be on Saturday night, May 7th. Filled to the brim with house-y vibes, brought to you by Mat.Joe and friends along with Nite.Rinse, this venue is definitely making it’s mark and these artists are solidifying it.

A Londen Summer(s) arrives in Denver

The festivities kicked off with Londen Summers, who absolutely destroyed her set. Coming ready to play, she stepped the tables in a “Bratz-y” outfit that just added to her whole aesthetic. Let’s not get it twisted though, her style wasn’t what spoke the loudest. Simply put, Londen Summers had some of the cleanest mixes I have ever heard. With seamless transitions and edits including popular songs in unique ways, she showcased her talent in impeccable form. Londen Summers kept the energy high, the vibes vibrant, and showed that it takes real skill to do what she does. If you haven’t heard of her, you will soon enough.

Muus and CutSnake bring the house down

Following the first act, Muus took to the stage with shades on and bottle in hand. I knew it was about to go down. With a “too cool for school” vibe, Muus opened up with a great deep house set, phasing in some tribal beats here and there. Though, my favorite edit he did was when he mixed a tribal percussion loop with the lead loop from “Put your hands up for Detroit” by Fedde Le Grand. So friggin’ good.

Afterwards, it was time for CutSnake to show us what was up and he did not disappoint. Let me start by saying this, my man was nothing but smiles when he hit the stage. Opening up with some tribal beats himself, CutSnake came ready to have a good time. Eventually, CutSnake transitioned to a deep house set with some awesome techno edits sprinkled in, concluding his time with some hard-hitting beats, the last ten minutes of his set was amazing. With CutSnake going heavy all the way through, you could feel the bass all the way to 38th and Blake.

At long last, the main act arrived to give us a show. In true legendary fashion, Mat.Joe arrived on the scene joking around and having a good a time, making sure to show the previous act some much deserved love. Now, I’m not an earplug guy, I just find them uncomfortable, but I definitely wish I had some that night. The bass was astounding, startling people standing next to the speakers on nearly every drop, Mat.Joe made sure they were heard. But what really made Mat.Joe stand out was the call and response between both artists. Working almost in unison, Mat.Joe was able to switch off seamlessly while still being able to engage with the crowd and have fun with the people on stage.

As always, I’m going to be straight up with you guys. This kind of music is not necessarily my forte or even my favorite. With that being said, I still had an absolute blast watching these people work. See, even if something isn’t for you, that doesn’t mean incredible talent should not be recognized. You might not always understand the music, but you can always understand skill. Each one of these artists displayed what sets them apart. From their styles and vibes, to how they mixed and played their music, Mat.Joe and friends were still capable of blowing my naïve mind.  But isn’t that what we all want when we go to a show? To be able to walk out those venue doors and say “Damn, they killed that set?” If my assumption is correct and you said “yes,” then you missed out on a spectacular show. 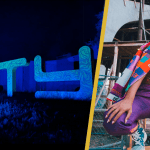 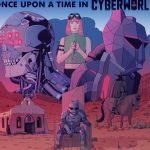