If you’re a contemporary music fan, you’ve probably heard of Pouya and Doja Cat before, but if you haven’t, check out their new singles and album releases below! These aren’t the only big music releases this week, though. Mersiv and SuperAve. dropped some heavy beats, while Liquid Stranger and Wreckno dropped something more chilled out – we’ve got those too! Check out this week’s new music releases from Doja Cat, Liquid Stranger,Pouya, and more!

In 2022, experimental rapper-singer Doja Cat continues to make waves with her quirky tail rap delivery. Her new track, “Celebrity Skin,” demonstrates her unique style. The alternative rock hit, originally by Hole, was covered by Doja Cat for a Taco Bell commercial. Pop culture fans are enthralled. Doja’s rendition has a very chill vibe to it, with soft vocals that wouldn’t be out of place on any adult contemporary radio station. It is a danceable pop track and sneeringly self-aware lyric delivery by an artist who wears her influence on her sleeve (or at least her social media feeds).

Liquid Stranger came through this week with an incredible new record featuring Wreckno. It is a wonderful blend of fresh melodies with complex rhythms. Combining glitchy breaks, booming bass lines, and intricate drum patterns with haunting guitar licks, “Holla” goes in many directions at once while keeping you hooked throughout. This tune features everything that’s great about liquid dubstep: pulsing synth leads paired with intricate drum patterns alongside a deep sub bassline.

Raised in Miami but now based in Los Angeles, Florida native Pouya has made a name for himself by pushing away from what’s popular and working toward developing his own sound. Earlier this week, Pouya released his latest EP, “Dirt/Hurt/Pain.” It features a great list of songs about his life. This mixtape is catchy and shows his ability to blend rap with a myriad of genres and styles. The EP is just as hard-hitting as any of his previous releases – rattling trap snares that will have fans jumping at shows – but there’s a sense of vulnerability that’s previously been missing from his music. It’s far less about glorifying street life than it is about making it clear how much he hates it.

Last week, Mersiv & SuperAve. dropped a new track titled “How I Step” on DeadBeats. SuperAve. and Mersiv have quickly become some of the biggest names in EDM. They have released music with major EDM record labels including WAKAAN and Wormhole. Their track is a unique blend of electronica, House, and Trap music. It features an upbeat rhythm throughout with strong bass and catchy lyrics that will get stuck in your head. It’s great for motivating yourself or just creating a relaxed vibe around you. Click here to listen to “How I Step” now!

Shlump is back with another jazzy banger featuring Pure Powers. The two artists have a couple of stellar collaborations in their catalog. Their newest release, “Drift Away” sounds like something you would hear at a late-night lounge performance.  The catchy chorus flows perfectly over some smooth piano chords and saxophone notes. I wouldn’t be surprised if we see these two do something else soon too! Check out “Drift Away” ft. Pure Powers on your favorite music streaming service. Also, keep an eye out for Shlump‘s full-length album, which will be released on WAKAAN later this year.

With major artists like Doja Cat, Pouya, Liquid Stranger, and more dropping new tracks and albums this week, there’s something in here for every music lover. So grab your favorite pair of headphones or speakers and take a listen to some of the newest releases by your favorite artists. We’ve got new music for all kinds of occasions! 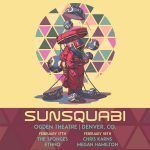 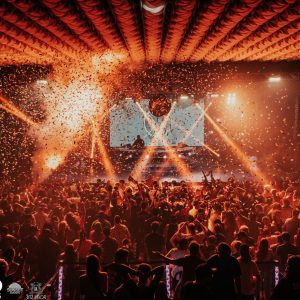