Cervantes Masterpiece Ballroom has been a landmark in Denver’s music scene for decades. Earlier this year, Cervantes partnered with River Beats to bring SHIFT Thursdays, weekly events that are focused on electronic music. Last week, Cervantes opened both sides of the venue for a special SHIFT Thursday, featuring Moontricks as the headliner alongside an impressive line-up of talented performers. In the Ballroom, Mikey Thunder, Melody Lines, and KR3TURE performed while Louie Letdown, MIDIcinal, Derlee, and Motifv played on The Otherside.

Opening on The Otherside, Louie Letdown came out. Louie is a rapper and producer from Denver who has come up through the local music scene. He uplifted the crowd with his lyrics, setting an exciting tone for the rest of the night.

Following Louie Letdown, MIDIcinal took the stage. MIDIcinal is a Denver-based electronic-funk producer who has captured the attention of the EDM community. He got everyone grooving to his upbeat rhythms and bass lines, accompanied by instrumental features.

After MIDIcinal, Derlee‘s set followed. The Pittsburgh-based producer captivated his audience with his innovative style of electronic music that combines calming melodies with dubstep and hip-hop influences.

To start the night off, Mikey Thunder opened in the Ballroom. He is another Denver local who has grown through the city’s music scene to establish himself as a reputable producer. Mikey Thunder got the night started with his genre-blending style that combines electronic music with funk, jazz, and hip-hop.

Next, Melody Lines took to the stage, bringing refreshing electro-soul to the party. Vinny Crippen, from The Mile High Sound Movement, played guitar and Nick Hadden played drums as the Denver-based duo dazzled the crowd. The band jammed to their funky bass sounds and psychedelic synthesizers, adding saxophone and other live instruments throughout the performance.

Afterward, Moontricks drew a large crowd to the Ballroom as the band took the stage. The Canadian duo excited the audience when they opened with some of their hit songs, including “Mountains” and “Home.” The chemistry between the pair was undeniable as they showcased their signature style of music that combines elements of EDM with bluegrass and folk, complete with guitar, harmonica, and banjo solos. The crowd went wild when they announced their upcoming debut album. Their set came to an end after they brought KR3TURE on stage to jam with them on the guitar.

Last but not least, KR3TURE took over the stage next. KR3TURE is a producer from Santa Cruz who is known for his unique style of electronic music that features live instruments on top of soothing soundscapes. He closed the night on a high note as he wowed everyone with his impressive one-man-band performance.

SHIFT Thursdays have become home to Denver’s electronic music lovers. These events give artists a chance to showcase their talent in a supportive and open-minded environment and allow locals to experience high-quality music from all subgenres of EDM on a regular basis.

We cannot wait until Moontricks returns to Denver. Until then, Stay tuned to Party Guru to hear about all the exciting events coming up! 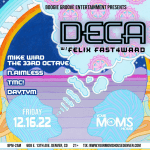 5 New Music Releases To Get Excited About 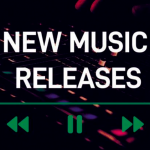