Modest Mouse is a band that has been a main staple in the indie-rock scene for nearly 20 years. Their albums have continually shaped the whole genre. Indie Rock in the 2000s wouldn’t have been nearly as widespread on radio channels without the success of “Float On”. With such an expansive catalog, it’s a treat to see the six-piece band at any capacity, but Mission Ballroom provided the perfect setting for them.

The Cribs Returned To Denver After 15 Years

The Cribs are a band originally hailing from Wakefield, West Yorkshire from the early 2000s with an electric approach to the Indie Rock genre. With heavy influences from The Strokes, Pavement, and The Smiths, they have all of the ripping rifts to put on a show. Playing to their advantage, this was the perfect setup for their long-overdue return to Denver. The spotlight was on them in front of thousands, as they were opening up for one of the largest bands known to indie rock. The Cribs shined through their set as they played early hits like, “Come On, Be A No-One”, to the highlight of the show, “Be Safe”. This was a performance that set up Modest Mouse perfectly.

Mission Ballroom Was The Perfect Venue For Modest Mouse

Isaac Brock couldn’t have said it better himself that he was ecstatic to play Mission Ballroom over anywhere else in Colorado. This felt like a true Modest Mouse show, which was their first headlining show in Denver since Velorama in 2018. There’s a lot different about Mission Ballroom in comparison to a music festival, as the intimacy is at the forefront. Truly, there is not a bad seat in the entire venue, which played favor to the packed audience. All of the way from the front to the back of the venue, “Alright!” could be heard in correspondence to “We’ll all float on..”. When diving into their performance, it was clear that Modest Mouse was having fun while playing in front of thousands.

Having Fun With It and Nailing It

After twenty years of recording some songs, they sounded just as good as ever live. This was a treat for anyone who has been following the band since their debut, “This Is a Long Drive for Someone with Nothing to Think About”. Opening their set with “The World At Large”, everyone was immediately immersed as the six-piece performed. It was only the start of a catalog that stretched through all eras of Modest Mouse. Jumping back and forth, each song on the setlist transitioned perfectly while setting the dance floor on fire. Topping off an outstanding setlist, they came out for an encore, which featured their 1996 hit “Dramamine”. This performance had something in there for everyone, and the best part is that Modest Mouse had fun doing it.

It was a spectacle to see Modest Mouse and The Cribs both surpassing expectations. Aging like fine wine, both bands showed that there are plenty more years left in them. Mission Ballroom was the perfect venue to host this experience, as it was the perfect balance for both bands to utilize the amazing production to play their hits. “No, don’t you worry, we’ll all float on, alright” after this night. 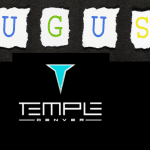 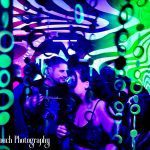