Minnesota brings “Break The Mold” Tour To The Fox Theater

Christian Bauhofer, known as Minnesota hails from the West Coast, specifically California. He creates a unique sound and truly an unforgettable experience for his audience with his energy and truly “breaking the mold” bass sound.

Back in July, Minnesota kicked off his start to his 38 stop “Break The Mold” Tour. On September 8th, Minnesota brought the heat to Fox Theater in Boulder, Colorado with support from Avry and Vctre.

Starting the night off was Avry. He brought a relaxed vibe with chill tracks and sub-bass. He certainly set the tone and got fans ready for what was about to come. Many fans were up and moving, relaxing and vibing with Avry‘s energy and others around them.

Next up was Vctre. He brought the heat instantly with some heavy bass lines, getting fans dancing. Vctre played some deep bass with his “Failing Up” track off his “Die Happy” EP, he also played “Bustin” (Subs), and his currently unreleased track with Eazybaked.

Minnesota took the stage, and definitely broke the mold. He played a mix of older songs and newer, and even brought some deep dubs including mixing a g jones song. Minnesota played some of his popular songs like “Float” and “Too Faced”. The crowd was packed and dancing to each beat. He delivered an impressive set unlike another, expanding his sound while delivering deep-hitting bass.

Overall, it was truly an unforgettable night. Avry, Vctre, and Minnesota all brought unique bass filled sets to the Fox Theater. Their second night in Colorado was the next night, September 9th, at the Aggie Theater in Fort Collins. Be sure to check out Minnesota on his “Break The Mold” Tour and his recently released “Feel Again” EP. We can’t wait to see what Minnesota has in store for the future! 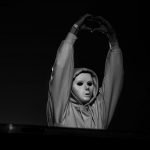 Carried Away Debuts With His Highly-Anticipated EP, 'Disfuctional' 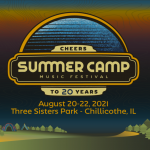