Luzcid brought his unique team out to Denver for this past week’s Shift Thursday at the beloved Cervantes Masterpiece Ballroom. In which, he showcased new tunes and visuals bringing the Luzcid project to another level. The highly anticipated lineup from top to bottom was top tier. With some heavy bass hitters including the Denver local As Above // So Below, Shanghai Doom, and Smith.

Neil Berry also known as ‘Luzcid‘ has been steadily putting out music since 2014. He has worked with many of the greats in the bass music scene. For example, the legendary Liquid Stranger, Jantsen, Peekaboo, and many more. Luzcid hopes his music can be a platform in which the people of the world can reconnect, and begin to restore our home into a place that we all enjoy being a part of.

As doors opened and the beautiful people start to fill the dancefloor. The Denver local As Above // So Below kicked off the night with some thick and deep experimental bass tunes. Next up, was the experimental bass duo known as Shanghai Doom, traveling from Central Jersey. The duo brought out the real spicy, deep bass that this city loves so much. As the venue continued to fill up, Shanghai Doom put on a jaw dropping performance leaving the audience in a blunder of amazement. The duo played unreleased tracks with some notable names like Trip Drop and Tronex.

Once the duo’s set came to an end, the unforgettable Smith. took the stage. Smith. spared no time getting straight to business dropping his new remix of “Humble” by Kendrick Lamar. Smith. played his hip-hop-inspired bass tunes that include remixes of timeless classics like “Stay Fly” by Three Six Mafia, “Muthaphukkin Real” by Eazy E, and many more.

Adding to the evening were some extremely talented painters. In addition, there was local vendors who came through to add to the wonderful experience. One of the vendors was Gonesville Goods who were selling thrifted clothing. Also, there was Colorimetry Lights who sells the colorizer, which is a handheld light that brings different mediums of art to life. The live painters all consisted of very different and unique pieces. However, all involved immensely psychedelic properties. The artists included Jim Murphy, Nicholas Scotella, Kelsey Huckaby, and Marisa Rose.

Then as Smith.’s immaculate set came to an end, the man of the night graced the stage. As the room was filled with anticipation, Luzcid blew the crowd away with a performance no one will ever forget. Tying it all together was an incredible visual experience, with some anime inspiration and computer graphic art that was put together by the almighty Data Byte.

Luzcid ended the evening with a perfect combination of psychedelic bass and hip-hop esque. In which he played everything from orginals from himself to some Zeds Dead and Tipper. As 2022 continues to unfold into the festival season you can catch Luzcid at North Coast and hopefully the highly anticipated Wakaan Fest. Overall this Shift Thursday was one for the books, and we can’t wait to see what else is in store for the rest of 2022! 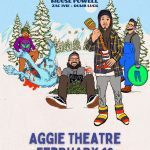 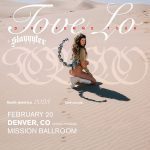