In the valley of the Los Padres Mountains lies the beautiful grounds at Live Oak Campground where Lucidity Festival returns with a fully enriched weekend of healers, artists, and musicians alike. Many fest-goers were looking forward to this years’ sold out chapter (Regenerative Earth) and the eclectic lineup. Headliners included Polish Ambassador, Funkhunters, Subdocta, California Honeydrops, CAPYAC, The Sponges, Russ Liquid, our post-set interview subject Mary Droppinz, plus many more to shape a diverse weekend of music. Sounds coming from the 3 main stages were only a portion to the many attractions at Lucidity. Workshops, Drum Circles, Educational Classes, Art Gallery and installations transformed a campground to an all-ages playground; Yes! All ages. One of the few music festivals boasting a family-friendly affair. It’s quite a scene to see face painted kids and eco-friendly glittered ravers. All have come together for a transformative experience that many festivals cannot rival.

This chapter of Lucidity’s ongoing narrative is called “Regenerative Earth.” We move into a new story from Lucid Dreaming to Lucid Living, according to the website. “We are bringing the magic of the dreamworld into the light of our waking day consciousness.” Intentions of a conscious society started at the pre-party “Regenerative Action Day.” At this event, Attendees learned about regenerative agriculture systems and take part in an annual tree planting ceremony, peace blessing with the local indigenous Chumash tribe, and more.

On Friday, the festival doors open. By seeing the layout, you can see the many ways they are using the land respectfully. Artist green room decoration came from vegetation from the grounds and returned to the land at teardown. Hand painted signs made from recycled wood are reusable for future years. Garbage sorted by recycled materials, compost or landfill. Attendees did their part as well. I was pleasantly surprised to see spotless campsites and fully stocked clean restrooms at an outdoor camping festival where port-o-potties become the least appealing amenity.

This festival had a certain magic to it. A certain magical energy coming from the people. Lucidity describes this magic “an open-source transformative festival where we co-create this experience with YOU.” So, what do you get when you combine musicians, artists, and dreamers alike? An experience of love and appreciation for the artistic expression among each other. The amount of collaboration and sharing of stories was a beautiful thing to be a part of. From a tree-fort jamming station which had a bass, guitar, drums and piano for the taking of many talented or new to music, to the fire circles of strangers coming together and sharing their most loved or painful memories of the pandemic.

Many attendees created close bonds that you do not see at other fests. “I felt this was a safe space for all and I felt comfortable being vulnerable,” said Attendee Jackie Vae. Another attendee, Alex Kish spoke about Lucidity being modern day sacred grounds. “We put tons of energy and love into one space. I was able to be authentically myself with that energy. a Lucidity first-timer, Tiffany Grimes was also moved by the people she met at the fest. “Was really nice to connect with people through dancing. I had a special moment with everyone during Mikey Pauker’s set, and now, here I am meeting up with the same people at his show in LA a week later. Wonderful to see new friendships made and everyone was so kind.”

Kindness was not only in the crowd but also voiced in many sets. A special moment in High Step Society during the peak of their set had the crowd moving so much that an announcement was made to refrain from moshing but to “whirlpool” instead. The next scene was the entire Lucid Landing Stage moving graciously together as one fluid group. Some other highlights from Friday include house-head filled Nook Stage provided by Arnold & Lane, Gem & Tauri. Meanwhile, at Lucid Landing Stage Polish Ambassadors return to Live Oak flashed in radiating fashion. The lights and visual experience was next level from past years at Lucidity and was highlighted by this performance.

All Vibes on Saturday

Saturday’s Lucid Landing Stage lineup kept the momentum with funk and good vibes with Soohan mashup bangers. Ahee followed up with memorable heaters that many dubbed the favorite set of the weekend. Nook Stage provided a buffer of bass to hip-hop throwbacks from our interview subject Mary Droppinz and Nook closer, The Sponges kept those vibes. Back at Lucid Landing, COFRESI dazzled with his unrivaled live drum skills, then oft’ collaborators Funkhunters and Floozies closed out a wild Saturday night.

Sunday had many notable names such as SubDocta, kllsMTH, Dirtwire, and The California Honeydrops, yet what drew me in the most was Balkan Bump. Will (Balkan Bump) whom describes himself as an ethnomusicologist which encompasses all geographic types of music really left attendees amazed. A unique mix of instruments and sounds lit the main stage as the sun set on the final day of the fest. The crowd was left truly enchanted by the sounds you don’t hear very often in America. His memorable track with Clozee, Varsharver played live was a moment of magic with his trumpet.

Lucidity’s first-timer Mary Droppinz is taking the 2022 festival scene to the moon. Found on many SoCal festival lineups, this Nebraska native has boomed big since her first release just a short year ago. I had the chance to catch up with the beat-break queen after her set and get her thoughts on Lucidity and beyond.

S: Was this your first Lucidity?

S: What are your 1st impressions of the festival?

MD: I really loved that is was all ages. I loved seeing kids and families at a festival.

S: Was their anything about this years’ theme Regenerative Earth that resonate with you?

MD: Really happy to hear that was their M.O. because I have worked with Abracadabra in the past and created a plastic-free rider for all my shows. Appreciate that they are taking the necessary steps to educate and create a better solution for our planet.

S: Is there anything about the lineup that stands out to you about the other artists?

MD: I loved the diversity of sound; it’s definitely different from any other festival I’ve been to. If I got to choose anyone to collabo with, I would be really interested to do something with Kaipora.

S: One thing I have appreciated watching your sets the past year is the flexibility of genres. You threw down a fun hip-hop throwback with your beat break flair for Lucidity that I haven’t heard from you. What made you go with that?

MD: I’ve been getting into a little bit of a wook vibes by playing festivals lately that are more renegades feeling like most recently Yoon Fest. So just decided to create something different and wubby. I found a new appreciation for dubstep. I fell in love with beat breaks first which is not the case with most (usually is dub to beat breaks). I’ve been playing breaks for almost 4 years now and think it’s a natural progression of mine and really felt my dub tracks mixes well with hip-hop and in the end creates a whole mood.

S: This has been a big year of growth for your music since coming out of the pandemic. (Been exactly one year since your first release) What has been the biggest influences to reach the next step?

MD: Definitely in terms of other artist support, LP Giobbi & Sofi Tukker have really given me the respect and putting on my tracks in the right rooms, they have had a big influence. Since my first release, I have a great team at 2+2 Management Group for plugging my tracks. My agent at Liaison has pushing me strong to get on many amazing lineups. Kinderella has been amazing at shooting video. Schroeds helps me mix and master all my tracks. My whole crew has been strong and helpful and really grateful to have their support. Happy to see a lot of the squad rising up individually as well. We all rise together.

S: Besides Lucidity what other events you are you looking forward to?

MD: I’m really looking forward to play Desert Hearts Fest. It’s one of the festivals I have been going to for the past 6 years. I event went solo one year. It really means a lot to me to get to play on that stage.

S: You just dropped your new EP “Galactic Portal” on Zed Dead’s label. Anything u want to say about ur new EP? Any special influence?

MD: Yes, the first track Do It For Yourself I made after my sisters wedding. I was really influenced by the classical wedding sounds and added the piano in the breakdown and wanted to do a 0 to 100 moment to create contrast.

I made the next track(Cool Intentions) right when the pandemic hit in my early days of production with Dom Corleone. We worked together at Native Instruments at the time. The vocals are from a speech from Beyonce. It moved me cause it really is about your intention and what your putting out into the world. Embracing your struggle, surviving, and building strength.

It’s pretty magical they came together on the same EP. They were made three years apart and hold an emotional piece in my heart.

S: Whats next in the Marry Droppinz world?

MD: As far as music I am working on my remix game so definitely expect some dope remixes coming out. I’m also going on tour. I’ll be on with Destructo on a couple dates and announcing another tour in a couple weeks.

S: I like to end my interviews with a little fun non-music questions that the audience can enjoy. What is your sauce/dressing?

MD: I’m an aloe girl. Love me aoli, tangy stuff. lemon or garlic aoli. One thing I do hate… is ketchup.

You can catch the latest from Mary Droppinz from the links below. Lucidity Fest will continue on in 2023. You can find more information and updates on their website. 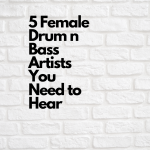 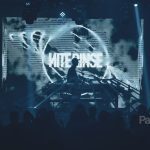 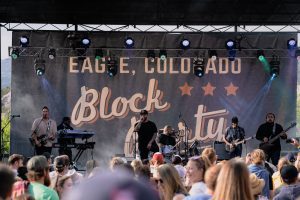 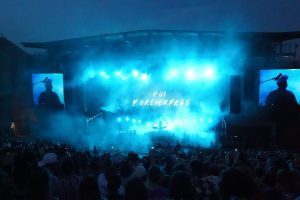