Since releasing music in 2016, Kaivon has become one of the most prominent voices in future bass music. Following a steady release of highly acclaimed singles and remixes, Kaivon released his debut album, Awakening, earlier this year. Although not a stranger to festival stages or headlining tours, the producer’s triumphant return to Denver for the Awakening Tour marked his biggest headlining show to date. With Kaivon’s genre-bending performance and supporting sets from Vavn and Juelz, the whole night was a vibrant dance party with peeks into all realms of the bass music world.

FIrst, Vavn (who also accompanied Kaivon’s 2019 Denver show at Larimer Lounge) started the night with an energetic set. Showcasing his signature style of wave music with songs like crzyluv and VAEN, the song selection ranged from dubstep classics, such as Nero’s Innocence, to hip-hop hits like Yeat’s Still countin. The “Wave Star” kept us guessing as to what would come next and he even brought out Versez as he played an unreleased collaboration. Vavn’s electrifying performance got the party going and set the tone for the rest of the night.

Next was Juelz’s unique trap style to keep the show going at maximum speed. “I flew in from Vancouver just for this,” the Canadian producer proclaimed as he started his set. The high-adrenaline set kept the audience engaged as he weaved through an eclectic mix of trap and pop hits. Juelz’s set was a blast with a dazzling array of visuals consisting of race car imagery to accompany the sounds. As the set ended with the Juelz and RL Grime collaboration, Formula, the energy level was high.

“You are not alone,” the screens displayed in-between sets as the crowd awaited Kaivon. After a little while, the room went dark as a motivational speech began when the producer took the stage. The performance was divided into three main phases that illustrated the Awakening theme.

With Phase 1, Rebirth, the performance began with a cinematic tone that pulled at the audience’s emotional strings. Here, Kaivon played songs off his Awakening album and remixes of Kid Cudi and the Fray and ended the segment with the 2016 single Reborn. Phase 2, Transformation, raised the vibrations in the room as Kaivon segued into segments of house, dubstep, and even drum and bass at one point. Phase 3, Final Awakening, returned to a slower, more ethereal pace and reached an emotional climax with the hit, I Love You. The remainder of the set consisted of the melodic bass house that kept the packed venue jumping until the end as confetti filled the room during a remix of Flume’s track Insane.

Overall, the fifth stop of Kaivon’s Awakening tour was a success. From the beginning to the end of the night, all three performers took the audience on a musical journey. With the biggest headlining show of his career so far, Kaivon proved he is only getting started. Nevertheless, we can’t wait to see what the future holds for the producer. 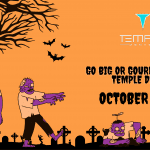