John Summit Gave An Experience Of A Lifetime

It started in the deep end with the gloomy possibility that John Summit may have been stuck in Chicago. With the travel industry being so fluid, he had almost missed his chance to give everyone the time of their lives. From top to bottom the show was one for the ages at the Ogden Theatre.

Time was certainly not anyone’s focus as we waited for John Summit’s entrance. Flashback to when he first played Denver, it was three years ago for a much smaller crowd. This was before he became the Beatport/extended mix legend that is on the scene. In 2020 he had established residency at the #1 spot with “Deep End.”This is still a staple to the 4.3 million active monthly listener’s catalogs as it embraces the best parts of Chicago’s scene, while it also holds a fresh take. This is someone that has a fantastic way of blending together songs.

The Opening To A Great Night

Alana English got everyone in the mood early, as she was bringing it from the jump. It was hard not to find someone dancing as they walked into the venue. From spinning back-to-back heaters, it was impossible to deny how blessed you were to be there right off the jump. Everyone was looking around in straight bliss, and that was only the start of the evening. Seamlessly, Kyle Walker and Josh Fedz only continued the energy. The Ogden filled up within a blink of an eye, as everyone was anticipating where else the night would take us.

Right off the jump, John Summit laid down the foundation of his performance. Constantly keeping everyone on their toes, while bringing back his rhythmic intentions. For someone that is of his age, he’s light years ahead of the curve. Without a care in the world, he brought fresh takes on his already classics.

“Human” to “Deep End” may have been the highlight of the whole evening, and we got a chance to hear completely fresh takes on both. Club staples from Deadbeats were getting mixed with Sofi Tukker who just crushed Denver themselves. John Summit is someone who exuded confidence and wanted to show why he will be around the scene for a while. Hours passed by and we still were wanting more. Ending the night on a high note with Dombresky, and Gorgon City, it was a shame that all good nights have to come to an end. Who knows what John Summit has in store for us all with his next mixes, but this all hints that he will have a residency on top of the charts with these soon-to-be-released mixes.

This will be a wild ride to look back on because the trajectory is pointing towards Red Rocks Amphitheatre or Mission Ballroom.This will be the year where John Summit establishes himself as a festival favorite, and anyone that can catch his shows on the way won’t regret it. 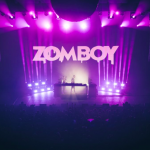 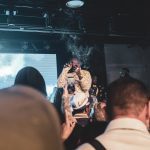 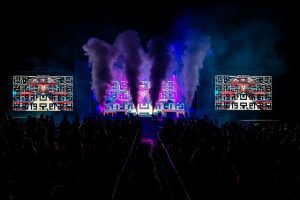