IHF (Imagined Herbal Flows) is known to friends and family as Ben Gorvine. This Washington D.C.-based, artist, producer, and DJ has been cultivating his unique melodic sound for almost ten years! His Floating EP, released in 2014, helped him break into the industry while gaining millions of streams online. Since then, he’s released several other albums and EPs, including his most recent EP titled, Soft Fascinations.

Over the years, IHF has toured with various artists, including STS9, Hayden James, and Elderbrook. He’s also performed at massive festivals, including Coachella, Electric Forest, and Lightning in a Bottle. His atmospheric, melodic sound has been compared to the likes of Bonobo, Odesza, Fred Again.., and more.

On Friday, January 20th, IHF traveled to Denver, Colorado, to perform a very special set at Your Mom’s House. Not only was this his first headline show in a while, but it was also his first show of 2023 and the debut of his new live set! Also playing that night were KVO, Honeykill FM, KrYmsun, Flutur, and Ryan Golbus.

This show took place near downtown Denver at Your Mom’s House. The venue is 21+ and has a capacity of 400 people. Getting to the venue is easy; however, it can be quite difficult to find street parking as the venue doesn’t have a parking lot. Because of this, they recommend carpooling or utilizing rideshares like Uber or Lyft.

The entry process was a breeze and the box office is right inside the main doors. Once inside, the first room is complete with a long bar (which was closed for this show), restrooms, and a few arcade games and vending machines. The second room is where the stage is located. Both rooms had plenty of seating, which is awesome.

This super intimate space was really fun and interactive. There is a small bar at the back of the room, paintings and murals on the walls, and the stage up front. Decorations consisted of plants, disco balls, chandeliers, and more. One of the most notorious things about this venue is its crazy mirrored holographic dance floor, which you’ll have to see for yourself. There was also a live painter and a few vendors!

The First Music of the Night

KVO started the night off with some upbeat tunes. His sound is heavily influenced by world travel and Latin culture. Then, Honeykill FM took to the stage. According to his bio on the event page, “Honeykill FM has been successfully impersonating a human since being dropped from the sky by his alien progenitors in the early 1990s.” After that, Krymsun took the audience on a journey through sound with his take on vapor twitch.

Then, it was time for Flutur. This artist was born in Italy and started playing piano at the age of two, then began playing drums shortly after. In fact, he composed and recorded his first song at age fifteen. Flutur donned a tropical print long-sleeve shirt and moved from one instrument to the next. He used a mixer to loop different elements together, including his vocals and instruments, which consisted of a few different guitars as well as a hand pan. Despite admitting to having some jet lag, he played a great set.

There was quite a lengthy changeover to get the stage set up properly for IHF. The crowd dispersed for 30 minutes to take a seat, order more drinks, and look at the art around the venue. Finally, after some minor technical difficulties, IHF was ready to take the stage!

Beautiful visuals were projected onto the wall behind him throughout his set. Pastel abstract shapes mixed together before the screen would change to a sweeping mountain landscape, which went along perfectly with his music. He was very good at grabbing everyone’s attention and making his show an immersive experience. While interacting with the crowd, he was also very attentive to the art he was performing, which was really cool to see. IHF sang his own vocals, which were either a main part of the song or added to the background. It was clear to see that the crowd really enjoyed his set.

The Night Comes to an End

After IHF, Ryan Golbus played a dynamic, upbeat set to conclude the night.

Your Mom’s House is a small, intimate venue with a great sound system, seating, room for artists and vendors, and an awesome dance floor. If you haven’t been here yet, definitely check it out! Throughout the night, this unique venue held a diverse group of people that were all there to bask in the feel-good music that is IHF. This was such a special night as well, being IHF‘s first set of 2023, first headline set in some time, as well as his debut show for his new live set.

To keep up with IHF and listen to his beautiful music, check out his socials below! 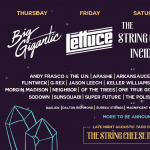 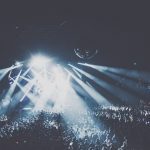 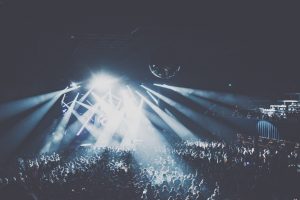 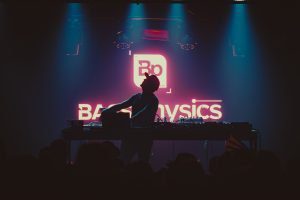