The second annual High Grounds Music Festival took place this year in the beautiful and sunny city of Sedalia, Colorado, at the Denver Polo Club. The immersive art and music experience occurred this year on Saturday and Sunday, September 10th and 11th. The event featured massive headlining artists Chromeo, What So Not, Troyboi, Aluna (½ of the electronic duo AlunaGeorge), and more. Since changing locations from last year, the two-day event was an expansive and beautiful sight to see. It brought new music, art installations, and an improved festival in its first year. The local vendors at the festival were selling everything from kitty ears to custom clothing to handmade jewelry, while there were plenty of food and beverage trucks on site. High Grounds Music Festival was a treat this year. Night 1 ended at a peak, with everyone eager for the second day to follow.

The second night approached quickly as a beautiful Sunday evening. The green fields of the Denver Polo Club stretched out as far as the eye could see as the sun set over the horizon. Whereas the first day’s vibes were more trap and electronic-focused, Night 2 brought a completely different vibe to the festival. More chill and acoustic elements carry the night.

Personal favorites from Night 2 included Aluna, ½ of AlunaGeorge. She is the powerful and beautiful vocals featured on iconic electronic tracks such a To Ü by Jack Ü. She brought an otherworldly experience fusing her vocals on house tracks which got the night started strong. Italian DJs and producers Gioli & Assia were next and up as direct support for What So Not. They brought their international house-and-trance beats and sounds to the fields of Sedalia, fusing worldly elements in their mixes. The duo even dropped a few of their self-produced tracks. The two were truly amazing female powerhouse pairs and brought unparalleled energy in preparation for what was to come. Australian legendary DJ and producer What So Not took the stage next, bringing an epic and emotional hour-long performance that we wish would never end. He played out both his newer and older tracks, including High You Are, Gemini, and Jaguar, which had the entire crowd singing at the top of their lungs. Lastly, Colorado favorite duo Chromeo ended the two-day run with some fresh house beats paired with their signature funk-and-disco sound. The crowd was dancing the night away while the sounds filled the fields. Not a body on the floor wasn’t moving to the beats!

Overall, High Grounds Music Festival was an epic experience. We hope this event continues to grow and thrive in the coming years! Each year High Grounds brings together art, local vendors, and some of the greatest local and international artists united into one two-day music and art experience unlike ANY other – and we’re obsessed. High Grounds is a new staple festival in the Colorado music scene. We can’t wait to see where this festival goes next year! 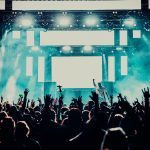 Odesza's Return to Colorado on The Last Goodbye Tour 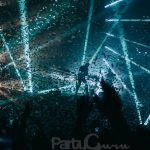