December at Temple Denver will be hotter than chestnuts roasting on an open fire! This month, the holidays have come early! We’ve got a sick lineup for Temple Denver, with even more artists planned to be released. Whether you like house music or bass music, there is a special treat for everyone! Peep Phase 1 of the lineup below.

Sam Wolfe, an Atlanta-based producer, is hitting the decks on Thursday, Dec. 1. He has been hitting the road for his Disruption tour, and it’s sick that he decided to stop here in Denver. If you want a little taste of the awesome to expect, peep at his track “Mind State” on Soundcloud, which dropped about a year ago.

No Mana is next on the lineup, taking the stage on Friday, Dec. 2. This So-Cal electro house producer is signed to Deadmau5‘s Mau5trap label and has some super banging house tracks. Last week, he dropped the track “Space” featuring Ill-Esha, and it’s all gas!

Kream, a pair of Norway brothers are next on the lineup, playing for us on Saturday, Dec. 3. These bass house bros have accumulated over 40 million streams on their Soundcloud, which is full of fire tracks! Most recently, they released the track “Rendezvous” featuring Marlo Rex just last month.

No stranger to Denver, Flosstradamus is taking the stage on Friday, Dec. 9. Hailing from Chicago, Flosstradamus is known for his ultra-heavy, grimy trap. His remix of Major Lazer’s “Orignal Don” was released over ten years ago and had over 10 million streams. His latest track, “Blast Yo Head,” dropped back in October & it’s a beauty!

Wilkinson is bringing the heat to Temple Denver on Saturday, Dec. 10. Hailing from England, he is bringing his legendary drum and bass. He’s recently started touring again after deciding to take a break after “Cognition” was released, and we are so excited! For a sneak peek, peep at his track “Used to This,” which dropped about nine months ago.

Afterhours Anonymous is bringing Matt Sassari to Temple for an exceptional Dec. 11 performance. This Marseille-based techno producer is no stranger to the scene. He has had several number-one spots all over Beatport. Most recently, he dropped the track “Say What” two weeks ago, and it is absolute fire!

Ghastly is bringing his latest project, GHENGAR, to the stage at Temple on Dec. 16. This LA producer is keeping with the wubs, and his new project is very dubstep heavy! If you want a sneak peek of the head-banging awesomeness, head to Soundcloud and check out his latest track, “Disrespect,” which dropped last month.

December 17th is going to be hot, with KSHMR hitting the decks. This dance music producer hails from California and is no stranger to Colorado. KSHMR has been working on new music recently, with the track “The Devil You Know” dropping just last month!

Temple Denver wants to celebrate the holidays with you! Head over to the Mirus Gallery on December 22nd from 6-10 for holiday fun! They’ll have warm & fuzzy hot drinks, an ornament-making station, and holiday trivia with lots of fun prizes to win!

Temple Denver is bringing you another round of its open deck nights on December 29th. If you’re a DJ, local, or visiting from around, prep your thumb drive and head to Temple to sign up for a slot! They have 15-minute set times and the opportunity to win an opening slot for Transform!

It may be snowy and chilly this December, but this lineup proves that Temple Denver is always hot! If you want to buy tickets to these shows or see the rest of the Temple Lineup, head to their website! 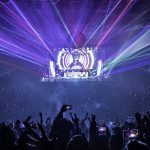 Don't Drop The Ball By Missing Decadence Arizona This Year! 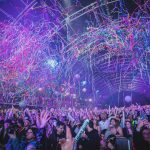 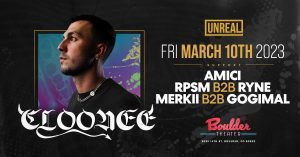 This March! Cloonee is Coming to The Boulder Theater 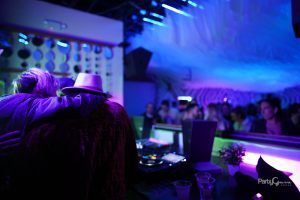