DJ Diesel, aka Shaquille O’Neil has consistently and surprisingly proved to stay relevant throughout his whole career. From basketball to music, to partnerships with Papa Johns, the man has a ton of tricks up his sleeves. He has always remained in the public eye while having a great time doing it.

All this said, When the Diesel himself ended up on the docket for Denver’s Temple Nightclub, people came out for the NBA superstar’s continued foray into DJ’ing in the EDM space.

Of course, once Diesel arrived, the dancefloor was primed and ready, and packed to the brim. The 7-foot monster took the decks and the crowd went absolutely bananas. They were jumping, yelling, and frenetically dancing around.

Diesel started heavy, keeping the mood elevated and creating tension and hype as he does so well in his career. Relying heavily on his unique blend of beats and deep complex rhythms, he created a journey that had the crowd hooked. He wasted no time dropping into his solid discography, utilizing tracks spanning the years of his creative work. Most notably, the tracks of his latest collaborations with the likes of Nitti Gritti, Eliminate, and Wuki.

He continued raising the mood by building off of the crowd’s energy. He did this by throwing in a variety of remixes and edits. It was great to see how engaged he was with the crowd as well, constantly pointing and chatting on the mic to create hype. It’s very clear that the man loves what he’s doing and it was awesome to see this hold true up close in person.

Shaq Pulls From His Bag of Tricks

It was refreshing to hear that Diesel pulled from a variety of sounds. He didn’t skew entirely into the dubstep heaviness that he has become known for as of late. As the night progressed, he pulled deeper into his work, pulling out some old school tracks from his djing days in the ’90s. Based on the reactions of the crowd, the crowd was really feeling it. Temple made for an even better experience with its beautiful floor-to-ceiling LED wall and killer sound system. The venue plays host to so much incredible talent, that it is no wonder why so many people flock here from throughout the state.

It’s honestly fully impressive the span of his creative work – and he made sure to showcase it for the Friday night at Temple. By the end of the show, the crowd was buzzing. This was not just from being able to see the 7-foot wonder up close, but because of the heater of a dance party he threw.

I heard many people audibly say how impressed they were. Many could find it surprising given such mixed feelings around celebrity DJs. Shaq proved to be the real deal. At the end of the day, one thing is clear – don’t miss DJ Diesel when he comes to your city! 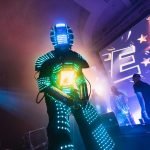 A Delightful Performance By Whethan At The Boulder Theater 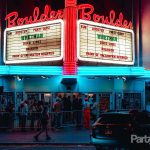