Boulder local Dirt Monkey, is no stranger to playing large shows for his dedicated followers. As a native to the Colorado EDM Scene, Patrick Megeath has exploded not only in the Denver community but across the country. Megeath has seen huge expansion in the EDM community since 2018 with releases on Liquid Stranger’s label Wakkan. He fuses wonky wobbles with high-energy beats in order to create sets that keep crowds entertained and on their feet for the entire show.

Starting out the night Shank Aaron and Kumarion, set the mood for the night with some drum and bass and heavier sets. Further, Ravenscoon came out with an electrifying and wonky set with visuals that mesmerized the crowd. However, the energy completely changed when G-Space took over the stage. He started out dark and quickly moved into wobbles to match the vibes of his visuals. Each drop was deeper and filthier and sucked the audience into his set.

But, the stand out set of the openers was by far G-Rex. The Detroit native is one who fuses a mixture of trap beats with dark wobbles. With a myriad of releases on Wakkan, he is no stranger to taking audiences deep and wobbly. The visuals mixed with his signature dark horse sound to distinguish his songs kept the audience screaming after each filthy drop.

Finally, the man of the evening Dirt Monkey, came out with colorful visuals and wobbles to keep the energy of the crowd high. No drop was similar and his mixing was flawless and effortless, it was hard to tell when one song ended and another one began. From his more popular songs like “Shut Up” with rap giant Tech N9ne to his more obscure remix of his and Protohype’s “Bop Bop,” each drop kept the audience dancing. Also, he played a lot of unreleased songs and gave previews of many new music that will soon be being dropped. Almost everyone in the crowd stayed until the end and through his encore because of the high-energy and vibes of the sets.

Overall, this set at Mission Ballroom was one that those in the Denver EDM community will not likely forget. The energy and vibes of the night where unmatched and each artist brought their own unique flavor to the evening. The mixture of each individual artists sets with the energy of the crowd was one that will remain a personal favorite at shows I’ve seen at Mission, and by far my favorite Dirt Monkey set to date. 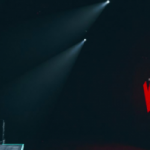 Kayzo Wakes Up Denver's Mission Ballroom This Past Weekend 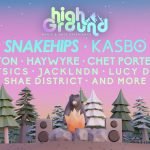 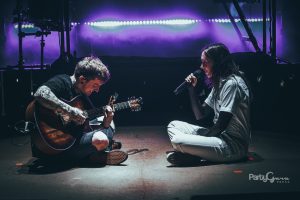 Kayzo Wakes Up Denver’s Mission Ballroom This Past Weekend