This past weekend, Zeds Dead and co. took their prominent curated showcase to Arizona’s newest home for electronic dance music events; Phoenix Raceway. Complete with a lineup with legends such as NGHTMRE and a rare appearance from Dimension, one of the UK’s most regarded drum & bass acts, the 2022 edition of Deadbeats Arizona was complete with action that kept fans on their feet throughout the night.

As the fans entered the venue, they experienced a spectacle of audio and visual delights, with massive complimentary LED screens displayed on the sides of the stages and pyro machines blasting the air with powerful mist. The production value of this year’s edition surpassed that of recent years, thanks to Relentless Beats‘ Megastructure which debuted last year for their Summer Series events.

Deadbeats had an outstanding lineup for the show, which featured some of EDM’s biggest names alongside rising stars in the scene. Fans were treated to sets by 2SOON, Rossy, Dion Timmer, NGHTMRE, Dimension, and of course, Zeds Dead.

For those who attended Phoenix Lights just three weeks prior, the Raceway layout might have looked a little familiar. But there was plenty to see and do for music fans making their first visit to the new grounds, including a premier VIP Lounge complete with an elevated area to see the stage’s action and a vacated trolley for attendees to lounge at.

Audiences were treated to an ultra-rare set from one of drum n bass’ most critically acclaimed artists. Dimension’s first DJ set ever in Arizona was accompanied by some filthy 170 BPM drops and melodies that DnB fans around the world love him for. The UK-based producer has made a name for himself with his unique sound and ability to create tracks that are both exciting and accessible. These qualities, combined with his love for the genre, have enabled him to become a leading figure in the scene.

Zeds Dead closed out the night with a set that was as wild and varied as the dance floor in front of them. The heads of Deadbeats took their audience through ambient bass music, pumping bass house, and everything in between. Zeds Dead is known for its versatility, and this set was proof positive that they’re still at the top of their game. The Boys didn’t just bring a special guest onstage to perform “Gangsta’s Paradise“—they brought out Coolio.

And that was the icing on the cake to an already amazing night.

As another night of music and dancing came and went, it was clear that Deadbeats had once again lived up to its reputation. The show was a flawless blend of hard-hitting bass, euphoric melodies, and crowd-pleasing drops—and the crowd loved every second of it. As the final notes of Zeds Dead’s set rang out, many in the audience were already making plans for their next show.

It’s truly no wonder why Relentless Beats continues to thrive as one of EDM’s top promoters. With a relentless commitment to excellence, they always know how to put on a good show. Let’s hope they come back for another edition of Deadbeats in 2023! 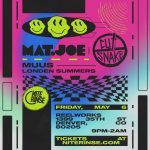 Temple: Come What May 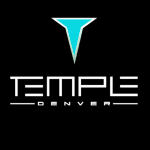