Temple Nightclub hosted an evening of entertainment that would be capped off with a performance from the popular Electro-Funk duo, Chromeo. Formed by David “Dave 1” Macklovitch and Patrick “P-Thugg” Gemayel back in 2002. They’ve seen some success over the years including a Grammy Award nomination for Best Engineered Album, Non-Classical in the 61st Grammy Awards for their album “Head Over Heals“. More recently, the duo released their first-ever live album titled “Date Night: Chromeo Live!“

Club goers at Temple this evening heard a DJ Set however and it was no less of a party. The crowd danced all through the night as C02 and confetti canons went off to their amazement. The LED walls displayed bright images of dancing aliens and other characters as the stage changed colors with every transition Chromeo made. In addition, there are two stages at Temple for those who want to switch up the vibe at any moment. Furthermore, There’s an art display away from all the noise for those who want to take a moment to relax and have a drink. In other words, there is something for everybody at Temple.

Chromeo certainly knows what they’re doing when it comes to controlling a crowd’s energy levels. Coupled with a venue like Temple this was almost guaranteed to be a night for the books.

If funky dance music is your thing, you won’t regret checking out this talented duo. They are on tour now so catch them at one of their upcoming shows. Check out the links below to find more from Chromeo! 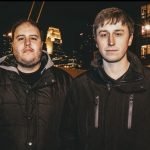 Wreckno Drops It Low In Denver 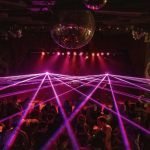