Who Is The Legendary Carl Cox?

Carl Cox is a staple in the techno scene. He was born in Oldham, England and started with a mobile DJ setup at the age of 15. Being inspired by disco, Carl Cox had a knack for dance music and keeping the party going. Simultaneously, this is where we saw the rise of the Chicago House scene and the Detroit Techno scene. Afterwards, Carl Cox pioneered both genres into the Britain rave scene. From there, he immediately became one of the mainstay names whenever brought up in a conversation.

In his prolific career, we have seen Carl Cox on the top of many major EDM music festivals lineups. Carl Cox even had his own stage, “The Carl Cox and Friends Stage” at Ultra Music Festival. His influence is so strong that he has influenced DJs such as Loco Dice, Maceoplex, and Richie Hawtin. Now, he has graced us with a special night at the Fillmore Auditorium in Denver, Colorado.

The last time we saw Carl Cox, he was playing at the EXDO center. Many wondered how the Fillmore Auditorium would be able to replicate that classic warehouse vibe. The sound system was so heavy, that there wasn’t a spot in the venue where you couldn’t stop dancing. A large amount of space allowed Carl Cox to go free with his lasers and provided enough space for the crowd to move freely.

Kicking off the night was Denver local fan-favorites The Bordas Brothers. They just came off opening for the legendary Boris Brejcha and have been crushing it. The Bordas Brothers started off playing some deep hits with Connor Mac, which was the perfect start to the party. Now, queue the fantastic UK grime queen Maya Jane Coles. Everyone once her mix of “Bubble Gum“, by Uniiqu3 came on immediately got lost in the music. She brought everything out on the table, which was so special to see in such a short span of time.

The Legend Takes The Stage

Carl Cox started off with heavy Techno to keep the energy at an all-time high. As soon as you think that the show is slowing down, he picks it right back up with Tech-House. This is someone who is a master at their craft, and he proved that at the Fillmore Auditorium. The most special part is how Carl Cox, was able to create a theme halfway through his set kicking it off with “Better Off Alone” by Alice Deejay. This carried straight through to “(You Are My) All and All” by Joyce Sims, showing his absolute insane range of knowledge of music. We ended up in Carl Cox‘s house, and it’s a shame we couldn’t stay in it till the sun came up.

This Was His House

The Fillmore Auditorium broke ground this weekend on something special. They proved that they can handle providing a very strong warehouse experience, with the bonus of their insane production. We certainly hope that this is a continuous trend for larger-than-life techno acts across the board. The only downside is the limited set-times due to city ordinances, but that’s something hopefully, can be worked out for the future.

The performances by all artists Saturday night were something special, as they all brought it. Carl Cox provided one of his strongest sets to Denver in a very long time. He proved that he is aging like fine wine, and is continuing to grow his craft. Now with the growth of the scene, it’s even more fantastic to see what Carl Cox is doing with all the production capabilities. It was amazing seeing how immersed the crowd was, and everyone truly was in his house. Would we give everything to do this all over again? “Oh-yes-oh-yes-oh-yes”. 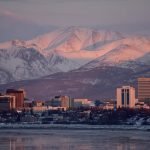 5 Music Venues In Alaska To Blow Your Mind