One of Denver’s longtime favorites, Boogie T (real name Brock Thorton) hosted a massive two-night event at Cervantes Masterpiece Ballroom this past weekend. As he is no stranger to Denver, this bass giant is brought a special holiday show to the Bass Capital. Furthermore, as one of Denver’s favorite dubstep producers, the New Orleans native always brings a killer show. The New Orleans native is a multi-instrumentalist. Pushing his way to the top of the EDM world, he has music with a plethora of electronic music giants including Ganja White Night and Griz. He also has his own band, Boogie T.Rio.

For the first night of his tour, he brought a stacked lineup. For his first night, he brought Bawldy, Notixx, Shizz Lo, and Colorado local REM. All four DJs together combined to create an incredibly diverse lineup for the event. Bawldy‘s style focused on riddim and heavy dubstep, while artists Notixx and Shizz Lo had more of the deep dubstep – with Notixx being signed to the label SubCarbon.

Cervantes boasts two sides, Cervantes Masterpiece Ballroom and Cervantes Other Side. The intimate venue (which can hold up to 1,000 people) is the perfect indoor space for Boogie T.

To start off the night, local DJ Rem took the stage. Rem’s set focused mostly on the downtempo aspect of EDM with a lot of low-key drops and minimal visuals. Further, the night moved into Shizz Lo and Notixx. Shizz Lo‘s set focused on the heavy aspect of dubstep with a lot of harder drops while Notixx combined to mix deep dubstep with the heavier sounds of his Subcarbon background.

Bawldy began the descent into what was to come for Boogie T‘s set. With his set having a lot of focus on deep dubstep and a lot of trap beats thrown into the mix. By the end of the set, he had taken his shirt off because he was going so hard. The crowd’s mood really stayed high as the night moved into the man of the hour Boogie T.

As the man of the hour took the stage, the crowd’s energy immediately changed. Brock Thorton has always been a favorite in the EDM world, especially in Colorado. It was obvious that much of the crowd was there to enjoy his set at such an intimate venue. He kept the energy high as he moved through a mixture of new music as well as some of his classic hits like “Nuclear Bass Face,” and “Flava”. Even in such an intimate venue, there was still plenty of room for the crowd to dance and enjoy the start of the holiday season.

A Night To Remember

Overall, Boogie T and friends brought a great mixture of deep dubstep as well as heavy sounds to Cervantes Masterpiece Ballroom. The venue provided the best intimate sound system for those who wanted to see such a big EDM name in a smaller setting. The first night of this event once again proves why Colorado has such a wide and ever-evolving music scene. 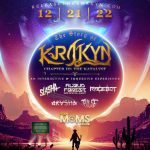 Win 2 tickets to The Story of Krakyn | Chapter III: The Katalyst  on Wednesday, December 21st, 2022! 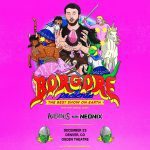