An Inside Look To Kosmic Kingdom 2022

Kosmic Kingdom Music Festival returns to Sleepy Hollow Sports Park in Des Moines, Iowa this summer. Headliners include CloZee and G Jones, two of the most popular and innovative DJs in the world today. Kosmic Kingdom will bring a massive range of great artists to Des Moines, while also bringing out some local legends.

Looking at the headliners, G Jones is coming in hot as one of America’s most promising bass producers. We also see CloZee, a powerful female presence in electronic music, bringing together incredible visuals and emotionally charged live performances. We can expect to see many more incredible artists. Party Guru Press was recently lucky enough to have the chance to chat with the producer of Kosmic Kingdom. Check out the entire interview below!

Party Guru Press: What differences can attendees see this year that haven’t been seen in previous years?

Kosmic Kingdom: We are actually experimenting with some new stage ideas and layouts for 2022. Might even be a new castle stage but we can’t say too much yet. One goal for this year is to incorporate even more of a medieval vibe. In 2019 we introduced our knight fighters who fight with REAL weapons and armor, it’s absolutely insane.

We had some renaissance-themed characters walking around last year and we are looking to really push as hard as we can on the theme this year. I think every year we try and really improve aspects of the festival that might have been slightly lacking so we’ll, of course, be making changes that are needed to improve the festival goers’ experience as a whole.

Past To Present Headliners

Party Guru Press: With previous headliners such as Liquid Stranger and Caspa, to now CloZee and G Jones, what made you choose these two as headliners? Seeing that G Jones was also the headliner in 2018, what are some of the biggest changes that have been made since then?

Kosmic Kingdom: This niche is extremely hard to find proper headliners for. I’ve told my partners many times that there are maybe 6-8 true headliners in the underground bass world that the fans would consider actual top card acts. CloZee was a super obvious choice for us this year, she is absolutely crushing it. Amazing sets and we think her ethos and brand fit really well with what we believe in. We also love seeing a woman in this space getting the attention she deserves and with so many amazing female producers and DJs out there right now, we thought it was only fitting to have a true queen on the top of the bill this year.

As for G Jones, the man is iconic. A producer’s producer if you will. He’s the guy that every producer idolizes and looks up to, also pushing the limits and the sound. He’s grown right along with the festival, we’ve gotten bigger and so has he. The festival has more than doubled in size, increased production on all fronts, and has become an even stronger family since he first played. I remember him tweeting “Iowa needs more parties like that.” after his set and I think he is going to be even more impressed now. It’s truly a special festival that is different than any other I’ve attended (or organized).

Party Guru Press: What was the heaviest inspiration behind the lineup for 2022?

Kosmic Kingdom: This year the inspiration was 100% the underground bass scene. Putting together a full card of national acts for the ones that know, the real heads. There are acts on here that may not be known by a lot of people, but the ones who are fans will fly across the country to catch them in a club. I went from the commercial EDM world to the underground bass world really fast when I discovered electronic music over a decade ago and that’s really where my heart has always been.

Iowa also loves the weird and deep stuff, it’s crazy. We’ll have as many people at a Yheti headline show in a club as we will for a Zomboy tour. Very few markets are like that. So not only do we get to give the people what they want, I’m able to book what I truly love. Plus we can show some new faces a different side of bass music which I love.

Party Guru Press: As tickets are on sale right now, will festival-goers see single-day tickets available for purchase closer to the event?

Kosmic Kingdom: Yes they will. Generally, we do single-day passes about 30-40 days before the festival.

Party Guru Press: Will there be a phase 2 or maybe even phase 3 addition to the lineup for this year?

Kosmic Kingdom: So we may or may not still have some open slots. There will definitely be more announcements like the after-parties for VIP and the pre-party but you might just see a couple more acts slip on the main card as well.

Party Guru Press: All talent from small to large on this lineup is great, what sort of spotlight would you say this gives to someone who might be playing their first festival with you all? When looking to social media a lot of fans are just as excited for the smaller names as they are for the larger names.

Kosmic Kingdom: I think attendees really love to explore the festival grounds and stages so most will find themselves in front of some speakers with an artist playing that they have never heard. A lot of people may find their new favorite artists during the fest. Being how niche the event is, it allows them to play in front of people that really are into this style of bass music. Can’t even count how many people I’ve seen post “omg I saw ____ at Kosmic and I had never heard them before and it was my absolute favorite set”. I think it just gives these artists a platform in the midwest to really showcase their true sound to people who will understand it and take it all in.

Party Guru Press: What does Kosmic Kingdom bring to Iowa? Can we expect to see any local food trucks, breweries, clothing, etc?

Kosmic Kingdom: To be honest, one of the biggest things I would say it brings to Iowa is new faces. There are a LOT of people that travel to Iowa from outside states to come to this festival. Most assumed that nothing happens here and we don’t listen to this kind of music. They all leave realizing we have a proper scene with people that really know their bass music and an incredible community of music & festival lovers. Outside of that, we do have local breweries at the event as well as a lot of local vendors that showcase their products. People leave here ready to come back to Iowa for more.

Party Guru Press: Will fans have a selection of all-new 2022 Kosmic Kingdom merch this year?

Kosmic Kingdom: Absolutely, we will be working with past Kosmic Merch collaborators as well as some new ones. The merch for Kosmic is really starting to become a thing. In 2018 when we started we had one terrible T-Shirt and basically, no one bought it. In 2019 we made a few jerseys and shirts and they sold out before 8 pm the first day. Last year we had a pretty big selection of hoodies, shirts, pashmina’s, jackets, pins, etc and almost everything sold out again. Expect even more options and we’ll try and keep them in stock longer.

Party Guru Press: If you could summarize this festival in one sentence, what would you say?

Kosmic Kingdom: A magical experience from another generation in time during the day and an insane party at night with the perfect amount of beauty vs. chaos.

Medieval Times Are Ahead

Party Guru Press: Being hosted at Sleepy Hollow Sports Park, where haunted houses are hosted around Halloween, can we see any themes to each day? Obviously besides the medieval surroundings. Should fans prepare to dress in certain themes?

Kosmic Kingdom: Funny you ask cause we had actually planned on doing a theme for each day in 2021 but with how crazy covid made planning it just never happened. Definitely planning on doing something fun for that this year.

Party Guru Press: What is one word of advice you’d give to someone thinking about attending the festival or even traveling to the festival?

Kosmic Kingdom: Just come and really be a part of it. Meet your camping neighbors and go check out sets with them, hang out in the weird little areas and buildings when you need time to relax, dress up like a crazy person for the medieval ages and get weird and most of all come to bring a positive vibe only. And drink water!

Party Guru Press: When will gates open up for campers to set up?

There are a few things that every visitor needs to know when attending Kosmic Kingdom in Des Moines. 1) Get ready for some sweet music and funky vibes. 2) Don’t forget to bring sunscreen and wear comfortable clothing. It gets hot out here during festival season! 3) Drink plenty of water.

If you’re curious about what it costs to attend Kosmic Kingdom, there are two general admission ticket options. The first is a GA two-day pass with camping for $168.59. With that package, attendees will have access to both days of music as well as camping. The second option is for a VIP two-day pass with camping and it cost $273.46. This gives you access to VIP areas and after-hour parties amongst other gifts. Ticket upgrades including pre-party add-on and premier camping are available also. Finally, RV hookup is offered as well.

We hope to see you all at Kosmic Kingdom this June. Follow the link below for tickets! 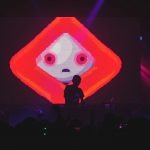 Road To Global Dub With Esseks 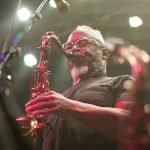 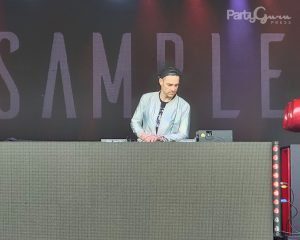 Clint Samples: Anchorage DJ of Many Talents at Sacred Acre 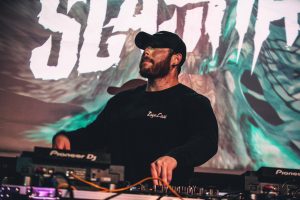 A Moment To Catch Up With Colorado’s Talented SLASHA 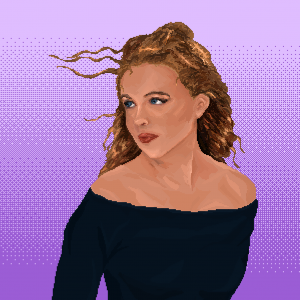 A Sit Down With DJ Sabrina The Teenage DJ